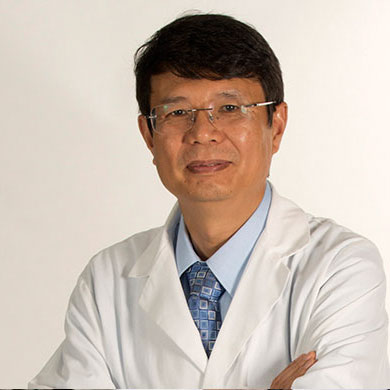 University of Arkansas for Medical Sciences

Myelodysplastic syndromes (MDS) are a group of diverse bone marrow (BM) disorders in which hematopoietic stem cells (HSCs) responsible for giving rise to all different types of blood cells fail to produce enough healthy cells. Moreover, about 30% of MDS patients progress to acute myeloid leukemia (AML) if they are not treated promptly and properly. Chemotherapy and ionizing radiation (IR) are among the best known triggers for the diseases. Cancer patients who undergo chemotherapy and/or IR for potentially curable cancers, such as breast or testicular cancers and Hodgkin’s and non-Hodgkin’s lymphomas, are at an increased risk for MDS/AML, particularly as the long-term survival of cancer patients treated with chemotherapy and/or IR has improved over the last few years. The development of MDS/AML after cytotoxic cancer therapy is called therapy-related MDS/AML (tMDS/AML). tMDS/AML represent the most serious long-term complications for these patients and account for about 15% to 20% of all cases of MDS, AML, and other blood and BM dysplastic/proliferative neoplasms. tMDS/AML have a few features different from those of de novo, or new, MDS/AML, including having a higher rate (>30%) of mutations in a tumor suppressor gene called TP53 in HSCs. A new, groundbreaking finding suggests that cytotoxic cancer therapy does not directly cause TP53 mutations in tMDS/AML patients but rather promotes the expansion of preexisting TP53-mutated clones of HSCs acquired during aging. The expansion allows TP53-mutated HSCs to gain dominance and accumulate more mutations, which eventually lead to the development of tMDS/AML and contribute to its poor prognosis. Interestingly, the expansion occurs not because TP53-mutated HSCs have a growth advantage over normal HSCs but rather because the fitness of HSCs is decreased as a result of chemotherapy- and/or IR-induced permanent damage. This damage causes HSC aging, or senescence, and thus makes them less competitive and confers an advantage on TP53-mutated HSCs, promoting their expansion. Therefore, in this project, we proposed a new strategy to improve/restore the HSC fitness after cytotoxic therapy by clearing aged/senescent HSCs induced by chemotherapy and/or IR. This was accomplished by using a novel transgenic mouse model that allows us to genetically induce clearance of aged/senescent HSCs by giving the mice an antiviral medication called ganciclovir or pharmacologically via administration of one of our newly discovered senolytic drugs that can specifically kill aged/senescent cells while having minimal toxicity to other normal cells. Our results showed genetic or pharmacological clearance of SCs rejuvenated the prematurely senescent HSCs induced by TBI and the normally aged HSCs in old mice. The rejuvenation significantly improved the function of HSCs, as the HSCs from SC-depleted TBI mice had nearly normal clonogenic function and were capable of long-term engraftment and differentiation to both lymphoid and myeloid cells after they were transplanted into lethally irradiated recipients. These findings confirm that clearance of SCs can improve the fitness of HSCs in mice after TBI. We are in the process to test if the improvement of HSC fitness via clearance of SCs can inhibit the expansion of the HSCs with a mutant tumor suppressor gene (i.e. Trp53) that are prone to leukemia development in mice after TBI. If the study confirms our hypothesis, we can further test whether clearance of SCs after radiation and/or chemotherapy with a senolytic drug not only to prevent tMDS/AML but also to delay or reverse its progression.