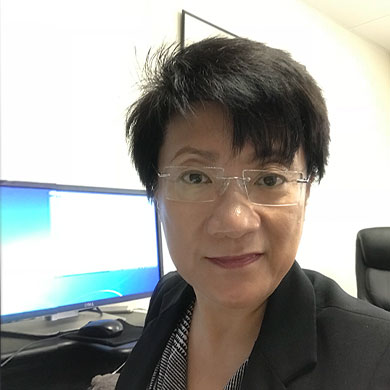 Myelodysplastic syndrome (MDS) is a group of conditions that can occur when the blood-forming cells in the bone marrow are damaged and have problems making enough healthy new blood cells. Formerly known as pre-leukemia, the bone marrow develops progressive failure and results in inefficient/low blood count (cytopenias). About one-third of MDS patients can progress to a rapidly growing cancer of bone marrow cells called acute myeloid leukemia, which can occur within a few months or years from the onset of the condition. MDS, thus, is now considered to be a type of cancer. MDS affects people who are 65 or older, with rare cases in younger people. At the moment, other than stem cell transplantation, there is no proven cure for MDS. The purpose of this application is to develop a therapeutic approach to treat ASXL1 mutation-associated MDS patients.

Since the application of genomic studies, many new gene mutations were identified as key factors to drive the development of MDS. ASXL1 gene mutations were identified as one of the major mutations in MDS, MDS/MPN, and AML. The fact that ASXL1 mutations are associated with poor prognosis in patients with CMML, MDS, and AML, points the possibility that ASXL1 mutation is a key factor for the development of MDS. Despite the great efforts in studying the role of ASXL1 functions in cancer and the significant clinical impact of ASXL1 mutations in MDS, the underlying molecular mechanisms remain largely unclear and tailored therapeutics are desperately needed for myeloid malignant patients with ASXL1 mutations.

We and others have shown that deletion of ASXL1 impairs normal functions of blood stem cells. However, clinically, most of the MDS patients with ASXL1 mutations are caused by a certain type of gene mutations, which cause the formation of a small piece of the ASXL1 protein, which disrupts the normal function of the ASXL1 protein. To closely mimic the disease progression of an ASXL1 mutation associated MDS, we recently developed a preclinical mouse model that accurately mimic the disease phenotypes, such as MDS, MDS/MPN, and AML. In the current proposal, we aim to identify novel therapeutics for ASXL1 mutation-mediated MDS utilizing our recently established serveral mouse models.

To achieve the goal, we formed a collaborative team between Drs. Yang and Watts. Dr. Watts is a physician-scientist who take care of patients with MDS as well as other types of leukemia. Dr. Yang has longstanding expertise in studying the cellular/molecular mechanisms of MDS and leukemia using preclinical mouse models. Dr. Yang has established unique ASXL1 mouse models that develop MDS and leukemia. Using the mouse model and primary specimens from MDS patients with ASXL1 mutations, we will test the our that inhibition of JMJD3 activity could rescue ASXL1 mutation-mediated hematopoietic phenotypes, therefore, prevent the development of or ameliorating myeloid malignancies, such as MDS. Completion of this study may lead to the development of targeted treatment for patients with ASXL1 mutation-associated MDS.