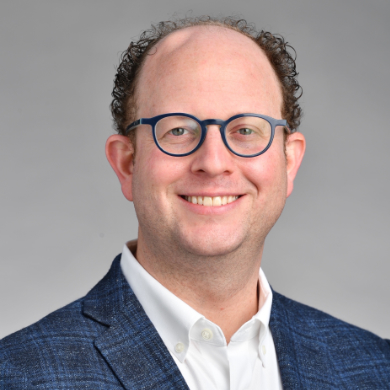 The human bone marrow stem cell is charged with the daunting task of multilineage blood cell production over a lifetime. This process requires sophisticated control of competing gene expression patterns—either to maintain as a stem cell or to commit to mature red cells, white cells or platelets. Aging, DNA mutations, and stem cell exhaustion are competing pressures that can result in defective abnormal bone marrow stem cells unable to effectively participate in blood cell formation in the disease myelodysplastic syndrome (MDS).  In the last decade, unprecedented research efforts have revealed key genetic events that characterize MDS which include mutations in genes responsible for adding or removing single carbons directly to DNA (methylation) as well as genes responsible for the shape and architecture of DNA (chromatin). For several decades, a mainstay of MDS treatment has been hypomethylating agents (HMA), which aim to remove these single carbon methyl groups, however, HMA therapy is only effective in ~20% of MDS patients. Much research has previously focused on the genes directly attached by these methyl groups, but how abnormal methylation causes MDS as well as how removal of DNA methylation improves blood cell formation remains unknown. In my proposal I aim to link DNA methylation with DNA architecture as a convergent mechanism for abnormal bone marrow function in patients with MDS. Using genetically faithful models of human MDS with either genetic impairment of demethylation or genetic impairment of DNA architecture, I aim to establish the effects of alterations in DNA methylation on DNA structure and its effects on gene expression patterns. Using these data, we will establish patterns of methylation and DNA structure from frozen samples of MDS patients who either responded exceptionally well to HMA therapy or patients in whom the therapy failed. This proposal will test the hypothesis that methylation patterns influence DNA structure and that can predict whether a given MDS patient’s DNA is amenable to restructuring/re-programming through HMA therapy. Information from these studies would be used to develop a clinical test to help identify patients likely to benefit from HMA therapy as well as to identify innovative targets for therapeutic bone marrow reprogramming for MDS patients.