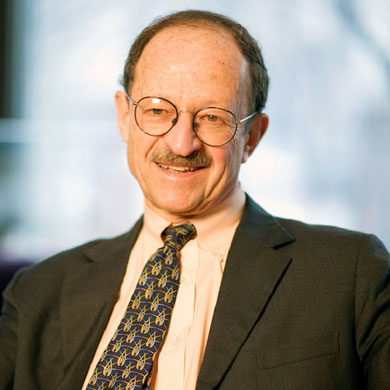 Recently, it was discovered that mutations in a group of genes known as RNA splicing factors are collectively mutated in more than half of all patients with myelodysplastic syndromes (MDS). This makes RNA splicing factors the single most commonly mutated group of genes in MDS and highlights an important role for these factors in MDS. “RNA splicing” is the process of cutting and ligating RNA molecules in order to make a mature form of RNA that directs the order of amino acid addition during protein synthesis. Currently, very little is known about why this process of cutting and ligating RNA would cause MDS. One of the most commonly mutated RNA splicing factors is U2AF1 and both of our groups have been studying how this mutation contributes to MDS and other forms of cancer.

We and others have previously shown that mutant U2AF1 changes its normal function in RNA splicing so that different amounts of alternative products of a single gene are produced. Some of these gene products may cause MDS, but this hypothesis has not been experimentally tested. Through the support of the EvansMDS Foundation Discovery Research Grant, we generated new mouse models and human cell line models of two different MDS-associated U2AF1 mutations. In addition, we used genome editing to model the splicing changes caused by MDS-associated splicing factor mutations. This led us to identify specific RNA splicing changes caused by these mutations which might actually promote MDS development. These models and findings will be essential for developing new therapies to cure splicing factor mutant MDS.