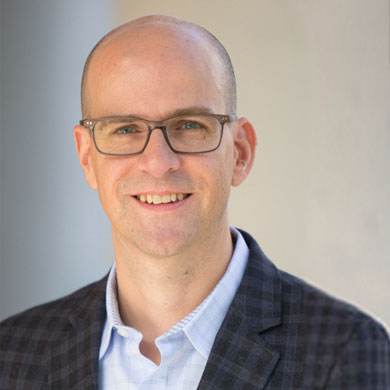 Myelodysplastic Syndromes (MDS) originate from abnormal blood stem cells which have acquired multiple molecular aberrations over time, and such stem cells generate the ‘dysplastic’ bulk tumor cells that are diagnosed in MDS patients in the clinic. Conventional therapies are designed to inhibit the bulk tumor cells, however, they do not eliminate the early blood stem cells that are the true root of the disease. While the existence and importance of these MDS-driving stem cells has been known for a while, recent work has uncovered unexpected diversity and heterogeneity of stem cell subsets (‘subclones’) in individual patients with MDS. This has been possible through a new methodology of high-resolution stem cell subclonal analysis which we recently developed. Specifically, we found that mutations that appear in the bulk cell population at later time points during disease progression – and were therefore previously considered to be newly acquired following therapy – can already preexist in small stem cell subsets prior to progression (Nat. Med. 2019; 25:103-110). The discovery and ability to analyze these heterogeneous early (pre)MDS stem cell populations has important implications for diagnostic and therapeutic approaches which are currently largely bulk cell-focused.

An improved understanding and analysis of stem cell subsets over time is required to better understand the effects current therapies in individual patients with MDS, and to ultimately devise strategies to prevent MDS progression.

We therefore plan to leverage our newly developed methodology of high-resolution stem cell subclonal analysis to study over time stem cells of patients with MDS who have remained stable as well as patients who have progressed. These will be directly compared to stem cells of healthy individuals with an age-related, putatively premalignant, condition called ‘clonal hematopoiesis’ (CH) as well as age-matched healthy individuals without CH.

Furthermore, the effects of therapeutic intervention on subclonal competition and dynamics at the stem cell level are currently unknown. This is a particularly important question in the case of a specific subtype of MDS (with deletions or losses of the long arm of chromosome 5 (5q-)) which typically responds well to the drug Revlimid but still frequently progresses later. We will directly examine this in stem cells from longitudinal samples of MDS patients who have responded to Revlimid but later progressed with additional detectable mutations in the bulk cell population.

The proposed research is highly relevant to MDS and has significant potential to ultimately improve clinical outcomes for MDS patients by addressing current key questions including:

Overall, our research will provide novel insights into the role of disease-driving stem cell subclones in MDS progression (aim 1) and upon drug treatment (aim 2). Our findings may lead to improved diagnostic assessment (including at the stem cell level) and thereby treatment selection for MDS patients, by tackling the true root of the disease, and thus lead to longer-lasting remissions and prevention of MDS progression in the future.