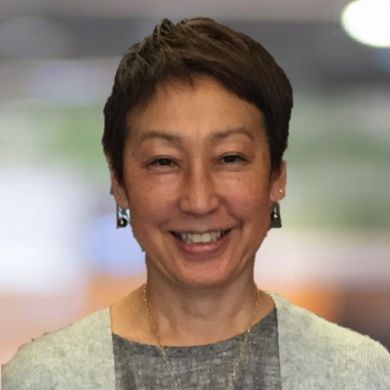 Myelodysplastic syndromes (MDS) are caused by defective bone marrow stem cells. High risk MDS is a more severe type of MDS that can easily progress to a fatal blood cancer called acute myeloid leukemia (AML). Therefore, MDS stem cells are considered precancerous. Although many medications are available to treat MDS, a bone marrow stem cell transplant is the only treatment that can cure MDS. During stem cell transplant, high doses of chemotherapy are given with or without radiation to remove the patients diseased MDS stem cells and replace them with normal blood stem cells from a healthy donor. A successful transplant leads to normal blood cell production without the risk of progression to leukemia. Unfortunately, many patients with high risk MDS are unable to receive a transplant because they will not be able to withstand the side effects of high dose chemotherapy and radiation.

The goal of our research is to minimize the side effects of transplant and make transplant available to every MDS patient who needs it. We aim to achieve this goal by replacing high dose chemotherapy and radiation with non-toxic immunotherapy to replace diseased MDS stem cells with normal donor stem cells.

Immunotherapy is a type of cancer treatment where the patient’s own immune “fighter” cells are used to attack and kill cancer cells. Immunotherapy can be accomplished by identifying a target molecule on the cancer cells and using antibodies to “link” the target molecule on the cancer cells to “activating” molecules on immune cells. Once the immune cells come in close proximity to the cancer cells, they are able to attack and kill them. Antibodies are Y-shaped proteins where the two “arms” of the Y bind to the target molecule on the cancer cell and the “trunk” binds to the immune cell. One such target molecule in MDS is CD117 which is present on the surface of all normal and MDS bone marrow stem cells. Our lab has found that a CD117-antibody when used in mice can deplete MDS stem cells and create space for the growth of normal donor stem cells without the use of chemotherapy. We have translated this data to a clinical trial using a CD117 antibody with low dose chemotherapy and radiation as transplant conditioning. Preliminary data from this trial show that this antibody is safe and without significant side effects. However, it is not as effective as is needed to eradicate high risk MDS stem cells, as traditional Y-shaped antibodies may not be highly potent against certain aggressive cancer cells. With modern antibody engineering technology, the antibody molecule can be taken apart and built back together similar to Lego blocks.

In the proposed project we have designed new versions of the CD117 antibody that can directly link natural killer (NK) cells to the MDS stem cells. NK cells are type of “fighter” immune cell that the unique ability to identify and kill “stressed” cells such as cancer cells and infected cells while sparing normal cells. NK cells display many activating molecules on their surface and prominent among them are CD16 and NKp46. We have designed antibody constructs that can bind to CD117, CD16 and NKp46 simultaneously, thereby bringing NK cells in direct proximity to the MDS stem cells. With this approach we anticipate better killing of the MDS cells without added toxicity. T-cells are another type of immune fighter cells that are well known for their cancer killing ability. For comparison, we have also designed antibody constructs, that will bring T-cells close to MDS cells, by binding to CD117 and CD3 (on the T-cells) simultaneously. We will compare these two types of immune fighter cells not only in their ability to eliminate MDS stem cells but also to create a conducive environment for the new healthy donor cells to grow. Eventually the goal is to design a transplant regimen that is effective in eliminating diseased stem cells and allow growth of normal donor stem cells and yet is gentle enough to be given to all patients with MDS who could be cured by the transplant procedure. 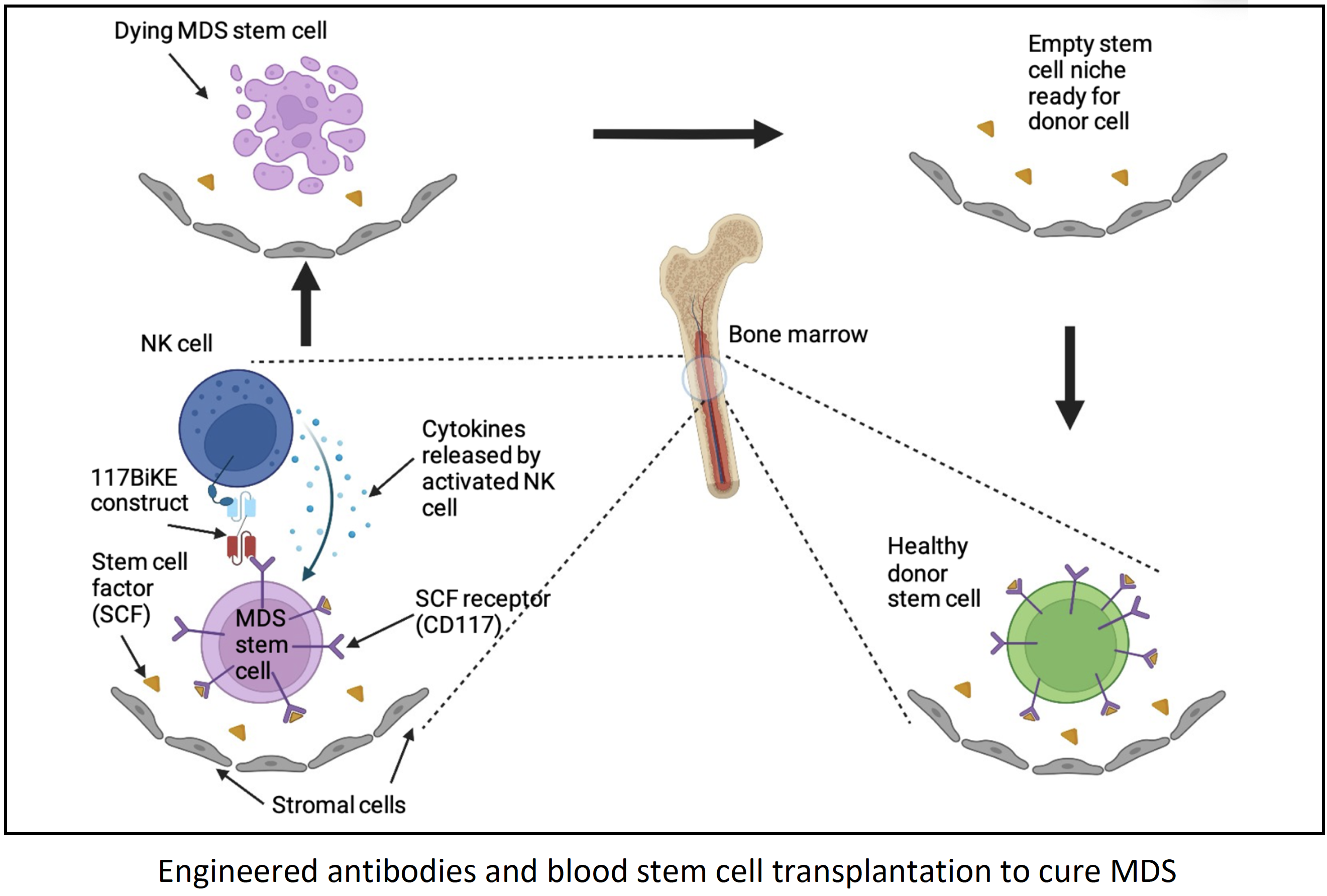