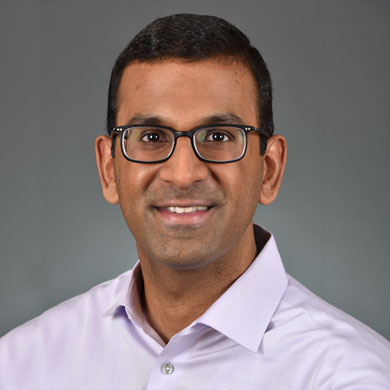 Myelodysplastic syndromes (MDS) are blood disorders that arise due to mutations in bloodforming stem cells that cause abnormal blood cell maturation and are clinically characterized by anemia and other reduced blood cell counts. As a result, patients with MDS are at risk for infection, bleeding, severe anemia, as well as progression to leukemia. Current estimates report a prevalence of up to 170,000 affected individuals in the United States, making MDS one of the most common blood disorders. MDS is characterized by clonal evolution, as a single cell continues to acquire additional mutations that help it outcompete other healthy blood cell progenitors in the bone marrow. At the time of diagnosis, most cases of MDS are clonally and genetically complex, with many diseased cells containing multiple disease-associated mutations. Recent studies have uncovered a list of 48 genes that harbor mutations in multiple cases of MDS. This includes genes that encode proteins involved in the production of RNA by transcription or the assembly of RNAs by splicing. Only a small number of these genes harbor both inherited genetic variants that predispose individuals to develop MDS, as well as acquired driver mutations. A particularly intriguing gene in this group is ETV6, which encodes a regulatory protein that plays a critical role in blood stem cell maintenance and development. Although mutations in ETV6 have been observed in only a few percent of MDS cases, studying the ETV6 gene holds tremendous potential, as it can drive MDS progression both in the form of inherited and acquired mutations, suggesting a central role for perturbation of this gene in the pathogenesis of MDS, including in cases without mutations in this gene, as there are likely similar gene networks altered by other MDS-causing mutations. However, little is known about the mechanisms through which ETV6 impacts normal human hematopoiesis and how mutations in this gene can predispose to or drive the onset of MDS. More fundamentally, we still do not understand how MDS arises and using ETV6 mutations as a paradigm for this will enable us to gain knowledge about how this can happen.

Here, we propose a set of studies to enable an improved understanding of the function of ETV6 in human blood cell production and MDS. Using novel genome editing approaches in primary human blood forming stem cells, we will study how perturbations in this gene impact blood stem cell function to produce MDS-relevant changes. Employing single-cell methods for examining RNA levels, we will investigate downstream targets of ETV6, potentially identifying novel targets for improving therapies in MDS. To further understand the genetic complexity of MDS, we will model how a variety of other mutations can act with ETV6 to cause MDS. Finally, we will study how disruption of ETV6 can alter the number of clones that compose the blood cell compartment, which may provide additional insights into how ETV6 and other similar kinds of mutations can result in MDS progression.

The goal of our study is to improve our knowledge of how specific genes play a role in MDS, both in predisposing to the disease and in progression of these disorders. We believe that ETV6 is particularly unique, given the finding of both inherited and acquired mutations in MDS, and therefore we believe that broad insights into how MDS arises and how MDS can be better treated can come from our studies that are focused on this particular factor. Funding from the Evans Foundation would enable us to pursue these critical studies that should help catapult our understanding of MDS predisposition and progression significantly forward.