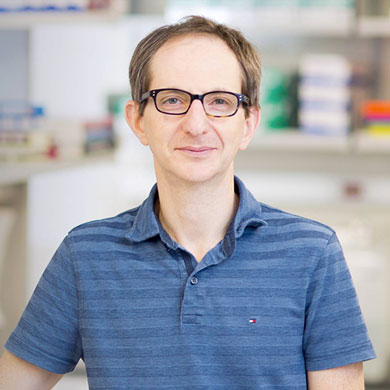 The role and mechanism of microenvironment-driven hematopoietic abnormalities in MDS

Myelodysplastic syndromes (MDS) are a group of diseases affecting the formation of blood, leading to reduced blood clotting, low red blood cell numbers, and increased risk of blood cancer (leukemia). These abnormalities are often caused by defects in the blood stem cells that normally reside in the bone marrow and sustain blood formation. In addition, many MDS patients show abnormalities in the bone marrow cavity such as the accumulation of connective tissue fibers that dislodge blood progenitor cells. The relative importance of the abnormalities of the bone marrow microenvironment (the so-called “niche”) versus blood stem cell defects are still poorly understood. We have been using two novel experimental animal models to study bone tissue-driven MDS and blood stem cell-driven leukemia, respectively. In the first model, the loss of genes that usually oppose cancer development (the so-called “tumor suppressors”) causes fatal MDS-like disease associated with excessive bone and fiber formation in the bone marrow. In the past year, we have generated strong evidence that the disease is caused by the defects in the bone marrow niche rather than in the blood cells themselves, and characterized these defects at the cellular and molecular level. In the second model, the introduction of genetic mutations specifically into blood stem cells of unperturbed animals allows us to trace the process of leukemia development and characterize the effect of these mutations on normal blood formation. Using this model, we found that the introduction of an oncogenic mutation in blood stem cells rapidly subverts the normal process of blood development, with mutation- carrying cells rapidly overtaking normal cells. We also identified the precise cellular stage at which mutant cells outcompete their normal counterparts, and began characterizing the mechanisms of this “hostile takeover”. We hope that this work would help identify novel mechanisms of MDS and leukemia formation that might be targeted by emerging therapies. 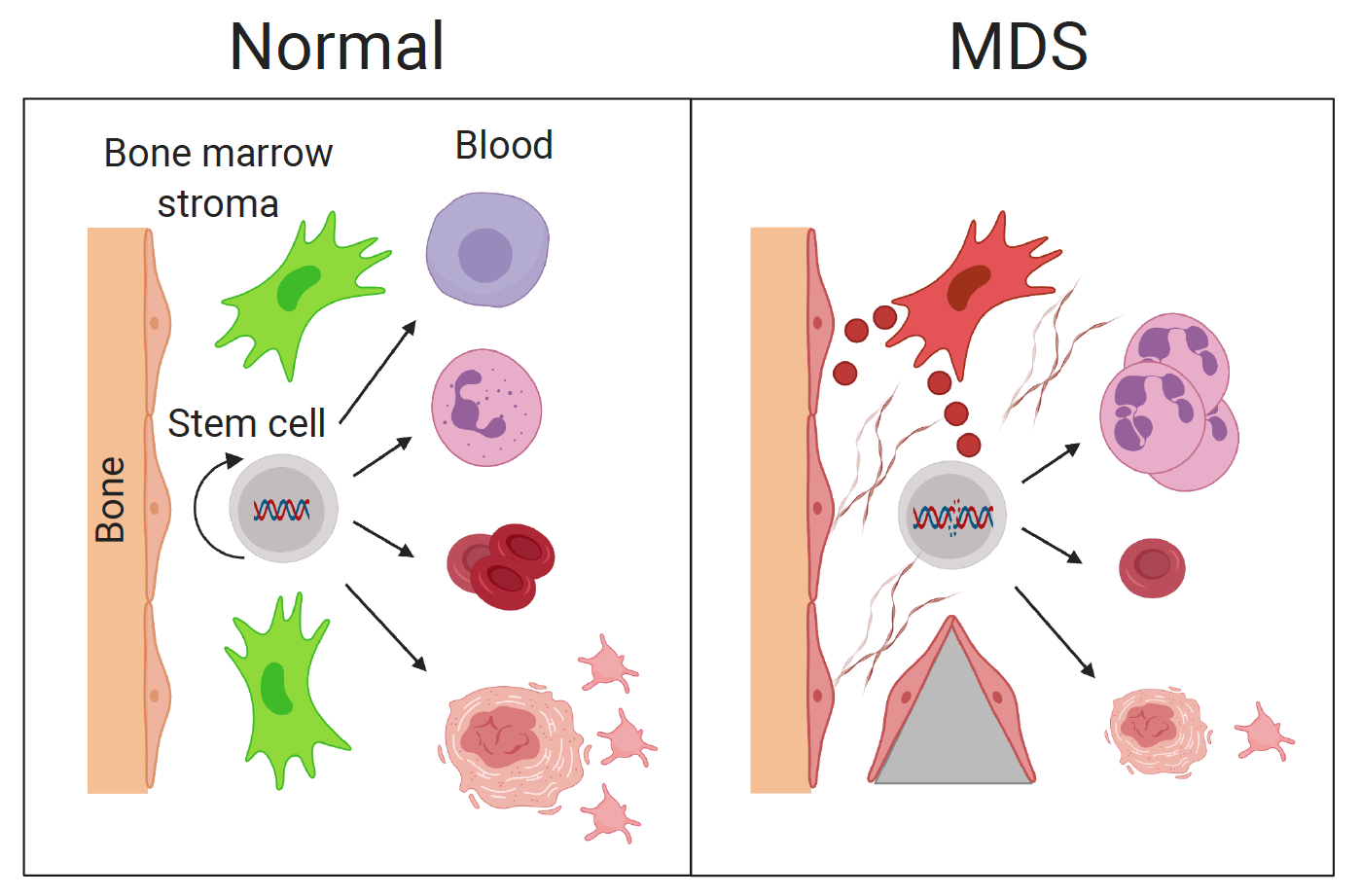