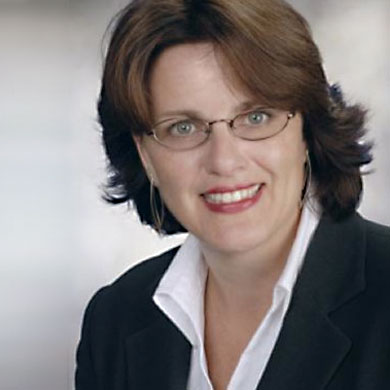 The University of Texas Health Science Center at San Antonio

TREX2: A Novel Target in the Treatment of MDS and AML progression

Studies have shown that MDS patients have a much better chance of survival if they have no or only one DNA abnormality involving a cancer gene compared to patients with more than one DNA abnormality. This project, which is the result of a collaborative effort between Drs. Rebel, Hasty, Ivanov and their respective teams, is designed to test whether inhibiting the accumulation of DNA abnormalities in MDS cells potentially can be a novel therapeutic approach for the treatment of MDS.

Dr. Rebel has engineered a mouse model that develops MDS with age. These mice carry only one copy (of the two that are normally present) of the cancer gene CREBB binding protein (i.e., Crebbp+/- mice). Abnormalities in this gene can be found in a proportion of humans with MDS. Crebbp+/- mice show DNA repair defects and a 30% chance of leukemic development. Humans and Crebbp+/- mice with MDS show elevated levels of Trex2, a gene Dr. Hasty discovered causes faulty repair of damaged DNA, resulting in some of the DNA abnormalities observed in MDS blood cells. Deletion of the Trex2 gene completely eliminated the appearance of DNA abnormalities. We propose that deleting or inactivating the Trex2 gene in MDS patients will stop the accumulation of DNA abnormalities and may therefore improve survival of patients with MDS.

TREX2 is an enzyme that can be inactivated with a chemical compound called small molecule. Dr. Ivanov has identified 10 different small molecules that inhibit TREX2 activity. He will design different chemical variations of these molecules, which is expected to lead to the identification of a final molecule that can be used as a drug to treat MDS in humans. Dr. Hasty has developed a cell-based assay that quickly tests the ability of a small molecule to inhibit TREX2 in a cell. This test will eliminate the majority of unfit compounds. A more in-depth analysis of the “fit” compounds will then be performed by Drs. Hasty and Rebel, which include tests to determine how specific the inhibitor is. With these tests, the top three TREX2 inhibitors will be identified, i.e., those that inhibit TREX2 activity well, while not interfering with other cellular processes.

Ultimately, we plan to evaluate the effect of Trex2 inhibitors on blood cells of Crebbp+/- mice with MDS that are similar to the abnormal blood cells in humans with MDS. Such animal studies require a decision on the test dose of the inhibitor and how it should be administered (i.e., intravenously or by mouth) and how often (i.e., daily, 3x/week or 1x/month, for example). We need additional information in order to make these decisions which we expect to obtain from mouse experiments performed by Dr. Rebel and her team. The top three TREX2 inhibitors will be administered at various doses to healthy mice. For each of these inhibitors, we will determine the dose that kills 1 of 10 healthy animals in 14 days; this is the so-called “Lethal Dose for 10% of the animals” (LD10). The higher the dose, the less toxic is the inhibitor. Thus, identifying the LD10 will help rank the top inhibitors from most to least toxic. It also will be a guide for determining the doses to test on mice with MDS. In addition, we will determine the presence of each inhibitor in blood over a 24-hour period after intravenous administration. This knowledge will help us determine which inhibitor has the most desirable presence in blood (i.e., long enough to have an effect against the disease, but not so long that it is likely it causes bad side effects) and it will guide us on how often to administer the inhibitor when it will be tested in mice with MDS.

Novel drugs for the treatment of MDS patients are desperately needed because this patient group currently has access to only three FDA-approved drugs. With the cellular and animal studies proposed in this application, we will collect data to justify pre-clinical animal studies to test a Trex2 inhibitor as a novel therapeutic agent for MDS.