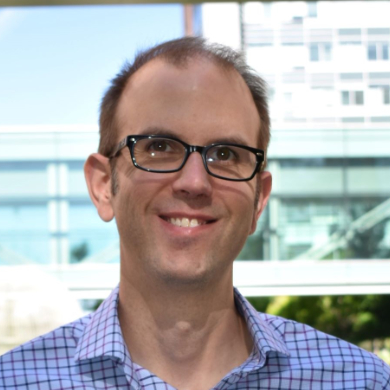 Despite decades of intensive effort, myelodysplastic syndrome (MDS) remains a largely incurable disease. Outcomes are often poor, and many patients eventually die of their disease. One promising approach that we and others have pursued in the last few years is to find drugs that can specifically eradicate the so-called MDS “stem cells” that contain two or more disease- causing mutations in their DNA and serve as the ‘root’ of MDS. Like normal blood cells, MDS cells live in the bone marrow and arise from a pool of MDS stem cells that are often able to survive the treatments given to patients for their disease. To address this challenge, we have been carefully examining the unique features of MDS stem cells to improve our ability to target and eradicate them. By carefully studying these MDS stem cells in patients, we and others have been able to discover unique features of these cells not found in normal stem cells and develop ways to target them with new types of drugs. Our studies thus far have shown that MDS stem cells use high levels of energy to make proteins, the building blocks cells need to grow and produce new copies of themselves. These studies led to clinical trials testing drugs that block the ability of MDS stem cells to make new proteins. This has led to better patient survival, but many patients’ MDS stem cells remain resistant to the new drugs, and toxicity to normal blood cells can prevent physicians from prescribing higher doses.

One of the greatest challenges in developing new therapies that can treat MDS more effectively has been our lack of knowledge about how the disease process starts. To improve our ability to eradicate MDS stem cells, we have closely studied the life history of MDS from the earliest stages, when blood stem cells acquire their first DNA mutation, to established MDS, to find a common thread that links the early and late stages of disease. One common feature at both stages is the presence of a high level of inflammation. Normally, inflammation is beneficial because it activates our immune systems to fight off viruses or bacteria, or to heal an injury. However, high levels of inflammation, which is commonly found in MDS patients, can be unhealthy for normal cells. We found that mutant blood stem cells and MDS stem cells both use inflammation to increase the amount of energy and protein they produce, giving them an even greater ability to take over the bone marrow and cause disease. Based on these new discoveries, we propose to test whether MDS stem cells may rely upon inflammation to make the high levels of energy and protein they need to survive. If so, we could potentially use inflammation levels to predict how MDS stem cells will respond to drugs that block energy and protein production, and/or block inflammation to improve how well these drugs work. In addition, we believe blocking inflammation will be particularly beneficial as an early treatment strategy that prevents mutant stem cells from producing the energy and protein they need to increase their pool size in the bone marrow. This strategy could be effective in reducing the risk of MDS development and creating a ‘healthier’ bone marrow that better supports normal stem cells.

Thus, we believe there is potential to develop new strategies that 1) provide better outcomes for MDS patients and 2) can reduce risk of MDS development in people who have stem cells with DNA mutations that can cause MDS. The primary goal of our research proposal is to better understand how inflammation participates in the MDS disease process and develop strategies for future clinical trials aimed at improving outcomes for MDS patients and those at risk for MDS. 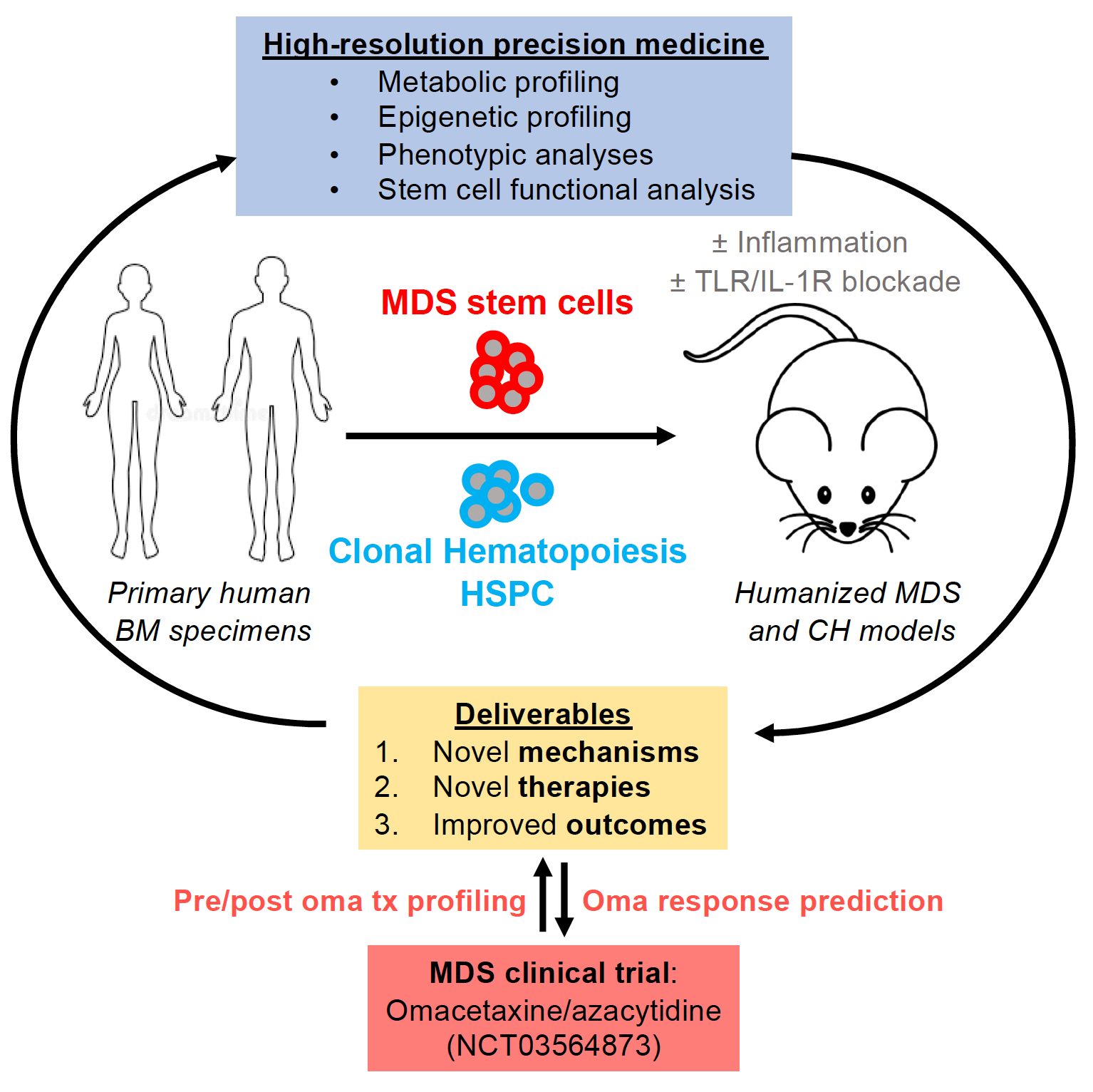