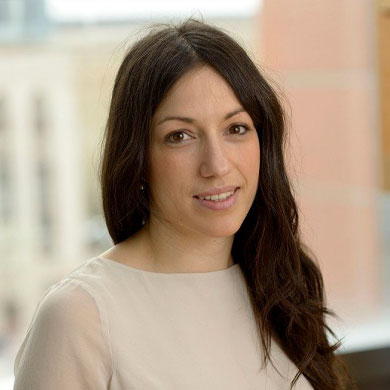 Myelodysplastic syndromes (MDS) are prevalent blood cancers that affect cells in the bone marrow (BM) called hematopoietic stem cells (HSCs). MDS arises when hematopoietic stem cells acquire mutations. Mutations are changes in DNA that cause deregulated normal stem cell function and importantly, control of cell replication. This results in an excess of cells that cannot execute normal blood cell functions. Clinically patients with MDS present with anemia, fatigue and recurrent infections. A large proportion of these patients require regular transfusions and show disease progression to more severe and lethal stages of the disease. To date the only curative option for MDS is hematopoietic stem cell transplantation (HSCT). However, HSCT is associated with significant treatment related toxicities and mortality, particularly in patients that are 65 years of older, which represent the majority (>50%) of MDS patients. With an increasing ageing population, the proportion of patients with MDS is rising, yet our ability to treat these patients remains limited. There is a desperate need to improve our understanding of MDS biology to support development of improved treatments for patients with MDS.

In recent years, breakthroughs in technologies for DNA sequencing has enabled the identification of specific gene mutations that cause MDS. However, despite these major discoveries, our understanding of the biological mechanisms by which these mutations specifically deregulate normal stem cell function leading to MDS and how these dictate clinical presentation and treatment response remains unclear. Research studies focused to characterize the link between these mutations and MDS biology are absolutely necessary for the development of improved and specific treatments for MDS. However, there are four major challenges. Studies of MDS biology require direct evaluation of MDS hematopoietic stem cells. These cells are limited in numbers and hard to experimentally manipulate as they are not amenable to standard cell-based assays conventionally used to study disease biology (1). Therefore, most studies use bulk bone marrow samples, which contain many diverse cell types representative of early and late blood development. It is therefore hard to delineate the specific effects of these mutations in normal blood cell development and how these result in MDS (2). Additionally, characterization of broad cell populations is further confounded by the fact that most MDS patients have many mutations at the same time. This suggests that a single mutation is not sufficient to cause MDS and that each mutation contributes distinctively to disease biology. Thus, analyses of genetically diverse patient samples limit’s our ability to decipher specific signals linked to each mutation (3). Alternative approaches include the use of model organisms to study the effects of each mutation as well as combinations thereof. However, whilst such studies have delivered important biological insights such as how a mutation may change the function of a protein, translation of such findings to MDS biology, has been limited because the target mechanisms in humans differ to those observed in model organisms (4). Taken together, these challenges highlight the need of an experimental system that enables research into the specific effects of gene mutations, in hematopoietic stem cells and how these determine the three cardinal features of MDS biology: clonal selection, differentiation block and disease progression.

Dr. Papaemmanuil is leading population based genetic studies in MDS. The Papaemmanuil laboratory has molecularly characterized >4,500 MDS patients and has delivered a detailed evaluation of disease defining, patterns of co-mutation in MDS. The present proposal is informed by these studies and addresses the specific challenges discussed above. Additionally, Dr Papaemmanuil laboratory has developed methods to genomically characterize very small cell numbers, thus enabling the study of specific cell population across the hematopoietic hierarchy. Dr. Papapetrou has developed a method to convert patient cells into induced pluripotent stem cells (iPSCs). iPSCs can be experimentally guided to develop into blood cells, thus providing an experimental system to study MDS biology. By combining the expertise of both laboratories, we are tackling the pathogenesis of MDS by focusing on the most frequent molecular subtype, defined by mutations in the SF3B1 gene. We have identified patients that harbor the most common SF3B1 mutations in MDS (p.K700E). This system allows isolation, growth and experimental characterization of cell populations with the mutation, as well as, cells without the mutation from each patient. Using a priori patient selection, we thus have biological replicate patient’s samples (that have the same molecular and clinical phenotype) from which we can culture and study in parallel normal, as well as mutated cells. Importantly, iPSC cells are amenable to gene editing, which allows for the introduction of specific DNA mutations in these cells. Thus, this system uniquely enables isolation of MDS patient samples, continuous cell growth and experimental follow up by conversation to iPSC, characterization of specific mutation effects in blood development (early and late) and importantly, comparison of cells with no mutation, single mutation and common patterns of co-mutation. We have successfully, established 18 MDS cell lines, and are currently using these to study MDS biology, disease progression and in time treatment response. Taken together this represents the first to our knowledge platform that enables studies of MDS biology in patient samples, and models the patterns of co mutations as seen in MDS patients.