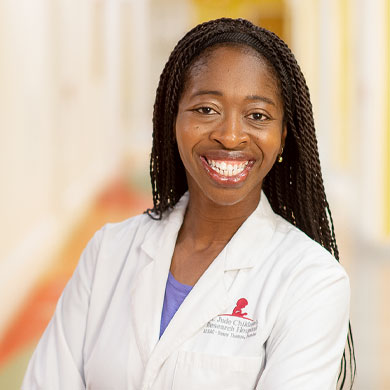 Dissecting the role of SF3B1 mutations in anemia and clonal hematopoiesis

Myelodysplastic syndromes (MDS) are bone marrow failure disorders associated with low blood cell counts and the expansion of blood stem cells in the bone marrow that have acquired genetic mutations. The median age of diagnosis is 68 years and the incidence of MDS in the United States is expected to increase as life expectancy increases. The most common presenting symptom of MDS is anemia, or low red blood cell counts. MDS-associated anemia is associated with a decreased quality of life and an increased risk of infection as it becomes worse, leading to a need for regular red blood cell transfusions. Medications to treat MDS-associated anemia are limited to agents thought to stimulate red blood cell production in the bone marrow. Only 30% of patients with MDS-associated anemia will have an initial response these agents, and most of these patients (~ 70%) will see their anemia continue to get worse despite treatment.

Mutations in genes involved with messenger RNA splicing are the most common genetic events associated with MDS. Our previous work set out to study the role of mutations in the RNA splicing factor, SF3B1 in the development of MDS. We generated a mouse model of the most common SF3B1 mutation identified in patients and demonstrated that turning on this mutation in mouse bone marrow stem cells was sufficient to cause anemia in mice. We also demonstrated that the mutant SF3B1 protein recognizes the wrong RNA splice sites. This leads to abnormal RNAs that did not make the proper proteins. We hypothesize that abnormal RNA splicing caused by mutant SF3B1 affects the development of normal red blood cells, leading to anemia.

To test this hypothesis, we will isolate red blood cells from normal mice and mice expressing the SF3B1 mutation. We will examine specific red blood cell precursors that express specific cell surface markers and compare the RNA transcripts found in normal and SF3B1-mutant mice. We will fully define the abnormal RNA transcripts expressed during different stages of red blood cell production in SF3B1-mutant cells and test whether causing these cells to express the proper RNA transcript makes these cells mature properly into more red blood cells. We will also label individual blood stem cells from normal and SF3B1-mutant mice to study how these stem cells expand in the bone marrow and how large a mutant stem cell clone must be to cause anemia. We will also test whether inflammation or aging influences how fast an SF3B1-mutant clone develops. The successful completion of these studies will improve our understanding of how splicing factor mutations cause anemia in MDS patients. The data generated from these studies will contribute to studies of novel agents that can either cause mutant blood stem cell clones to make more red blood cells or selectively kill those clones before they expand and acquire additional mutations. 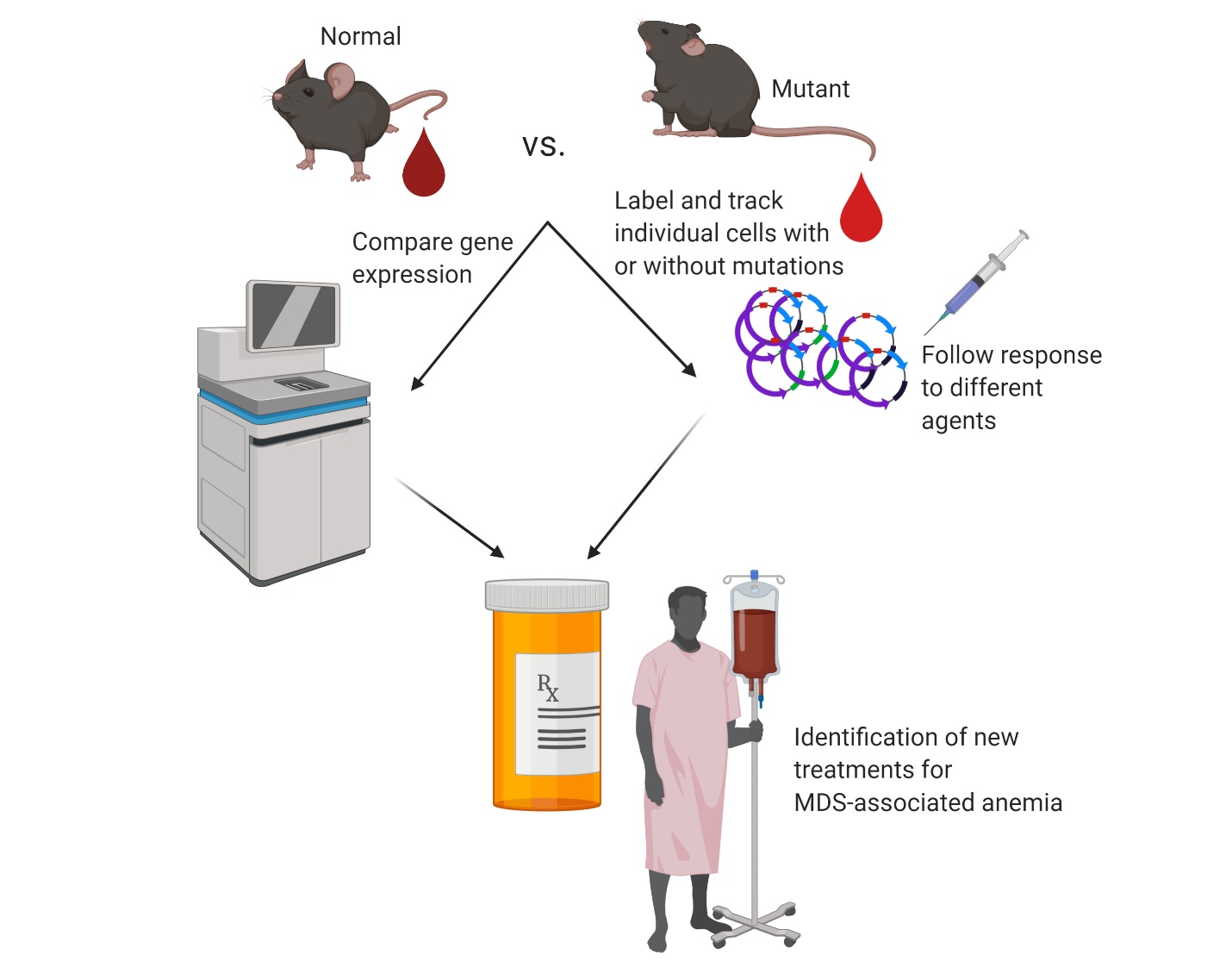