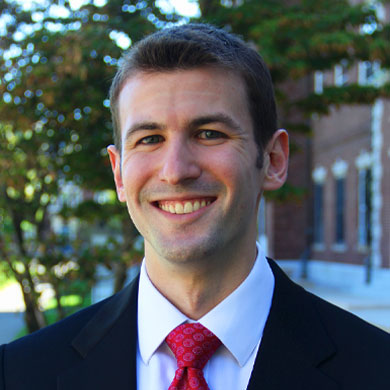 Investigating the effects of PPM1D truncating mutations on hematopoiesis, development of myelodysplastic syndrome, and regulation of PPM1D levels.

Protein phosphatase Mg2+/Mn2+ 1D (PPM1D) is a serine threonine phosphatase that was first proposed as a mediator of oncogenesis when amplification of the gene was identified in solid tumors. More recently, recurrent truncating mutations in the c-terminal domain of PPM1D have been identified in myeloid diseases including MDS. Work from our lab and others has identified enrichment in cases of therapy related MDS (t-MDS) with as many as 15% of cases harboring a PPM1D mutation. These mutations appear to arise early in disease pathogenesis and can co-occur with other somatic lesions including TET2, DNMT3A, ASXL1, SF3B1, TP53, and NRAS.

PPM1D negatively regulates numerous intracellular signaling pathways including P53, NF-KB, and P38 via dephosphorylation of its target proteins. PPM1D is itself a transcriptional target of P53 and has been shown to suppress the DNA damage response (DDR) and restore homeostasis after non-catastrophic DNA damage. Amplifications of PPM1D in the context of malignancy were therefore postulated to suppress the P53 pathway and augment oncogenesis. We and others have shown that c-terminal truncating mutations in PPM1D result in elevated levels and activity of the phosphatase via loss of a c-terminal degradation domain. Activation of PPM1D through this mechanism results in suppression of the P53 pathway and resistance to chemotherapies in vitro and in vivo, consistent with the observation that PPM1D truncating mutations are enriched in hematopoietic diseases that emerge after exposure to DNA damaging agents such as chemotherapy or radiation.

The mechanisms by which truncating PPM1D mutations result in elevated protein levels and selection of mutant hematopoietic clones remains unclear. To date, efforts to address these questions have been limited by the availability of reagents including a mouse model of conditional insertion of a Ppm1d truncating mutation and a robust reporter assay for PPM1D degradation. Having generated both of these reagents, we propose to address two key questions: (1) What effect does the presence of a PPM1D mutation have on normal hematopoiesis and the development of MDS and (2) what is the specific mechanism by which loss of the c-terminal portion of PPM1D suppresses degradation and leads to activation of the protein?