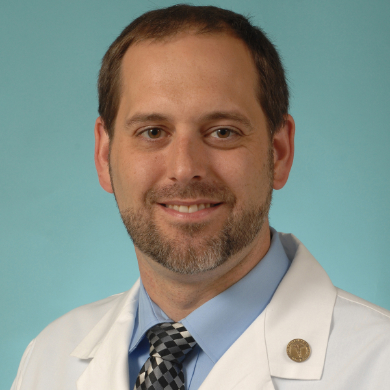 Myelodysplastic syndrome develops when stem cells that normally give rise to healthy blood cells instead acquire mutations that lead to their uncontrolled growth. One common mutation involves loss of all, or even part, of chromosome 7. Chromosome 7 contains several genes that appear to limit stem cell growth, including a gene called MLL3. Our lab has used mice to show that MLL3 deletions can cause blood stem cells to reproduce themselves too many times when they encounter stressors such as chemotherapy or inflammation. We now propose new work to better understand how reductions in MLL3 levels, brought on by chromosome 7 mutations, can lead to MDS. The first aim of our proposal explores how reductions in MLL3 levels can alter the behavior of another, very similar gene called MLL4. Briefly, we believe that too little MLL3 activity leads to too much MLL4 activity, which then causes MDS. If we could restore the balance between MLL3 and MLL4, we could treat MDS cases that carry chromosome 7 deletions. The second aim of our proposal focuses on understanding how MLL3 interacts with other genes that are simultaneously deleted when MDS cells lose chromosome 7. This is important because MDS is not caused by mutations in just one gene; it is caused by many gene mutations working together. We have developed an approach to learn which mutation interactions are most impactful for MDS development and how they alter the biology of blood cells. This should again help us identify new drug targets to treat MDS. 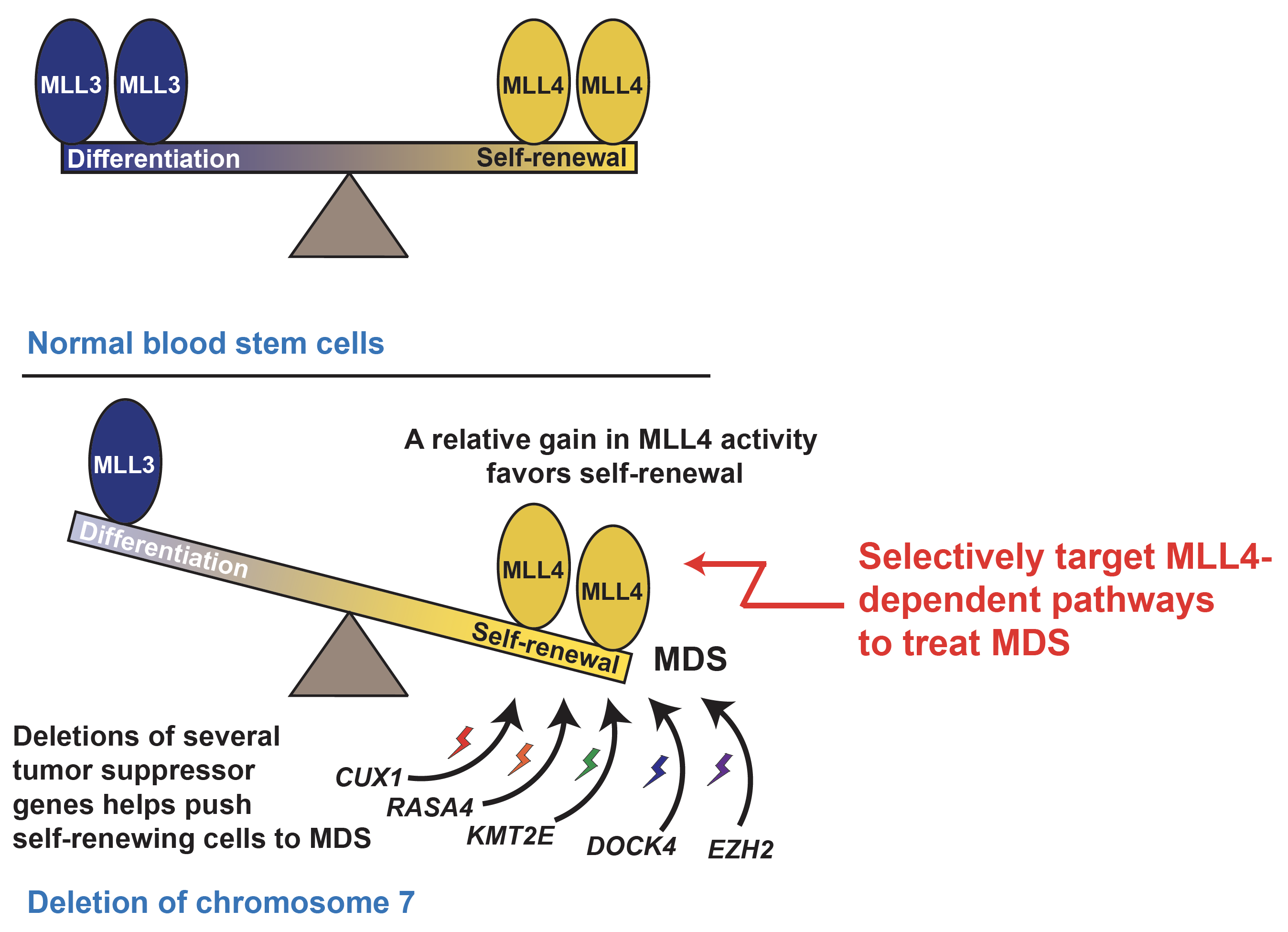