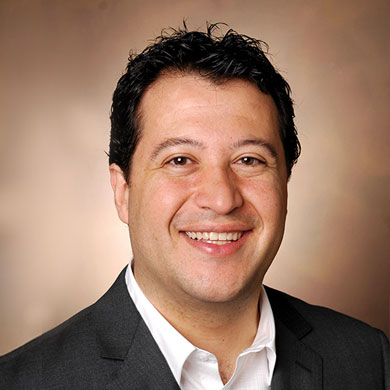 Maintenance of tissue in multicellular organisms involves the continuing removal and replacement of cells throughout the body, including the bone marrow. There are two major forms of programmed cell death for cellular maintenance: apoptosis and necroptosis. Apoptotic cells implode, in an immune silent manner, while necroptotic cells explode, releasing intracellular detritus to the microenvironment and triggering an immune response.

Although apoptosis and necroptosis are competing forms of programmed cell death, the molecular mechanisms that lead to commitment to either fate, its impact on tissue homeostasis, and role in disease is still unclear. Dr. Sandra Zinkel, has shown as part of this collaborative work, that necroptosis is the dominant form of cell death in MDS. Understanding how necrosis is controlled, and identifying small molecules that inhibit Rip kinases is an area of intense research pursuit, and a number of agents have become available and are in development that target Rip kinases. They have discovered that the bone marrow cell death in patients with MDS is caused by increased necrosis signaling through Rip kinases.

In addition, they have demonstrated increased necrosis signaling in mouse models harboring genetic mutations found in MDS, suggesting that these MDS mutations may result in bone marrow necrosis. Therefore, understanding the molecular mechanisms that lead a cell to undergo necroptosis provide insight to MDS progression and yield important interactions that could be targetable by drugs.

Dr. Zinkel and her laboratory have demonstrated that loss of the cell-death regulation by the protein Bid in hematopoiesis leads to unrestrained necroptosis and eventual bone marrow failure. With Dr. Lopez, Dr. Zinkel is pursuing a combined experiments-and-theory paradigm to explore the mechanistic role of Bid in cell death fate determination and demonstrate that Bid, Rip1, and Caspase-8, form a central signaling node that dictates apoptotic or necroptotic fate.

Therefore, targeting and managing the interactions among these proteins could lead to necroptosis regulation and thus novel therapeutic avenues for MDS treatment.