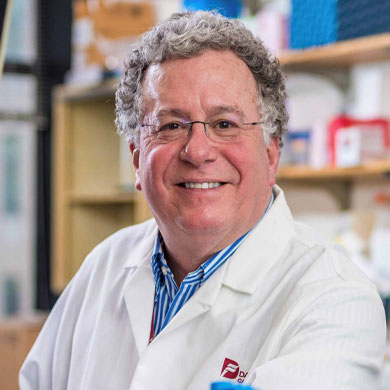 TET2 is one of the most frequently mutated tumor suppressor genes in patients with myelodysplastic syndrome (MDS), with inactivating mutations found in the bone marrow cells of 20-30% of MDS patients at the time of diagnosis. Recent findings have demonstrated that mutations in TET2 can be the “first–event” in hematopoietic stem and progenitors cells (HSPCs) in individuals who eventually develop MDS. When HSPCs lose function of TET2 they become more competitive and expand at the expense of the normal HSPCs, and then accumulate mutations in other genes, leading to the onset of MDS. The goal of our study is to find small-molecule drugs that will kill the blood stem cells that have TET2 mutations, but not the healthy normal stem cells, thus preventing the clones that lack the TET2 protein from expanding further and acquiring additional defects in other genes. We will test drugs already approved by the FDA for use in humans, and the thus the ones we identify can then be “repurposed” for the treatment of MDS patients without extensive toxicology and other testing.

Our laboratory recently identified two drugs called Selinexor and Eltanexor that are active in killing TET2-mutant blood stem cells, but not the healthy normal stem cells, by testing hundreds of drugs in young zebrafish that have tet2 mutations similar to human MDS. The aim of our project is to evaluate these drugs in mouse models of Tet2-mutant MDS, so that we can prove that the drugs also have selective activity in mammals and establish mechanisms of selectivity. We will study the activity of these drugs against TET2-mutant HSPCs, and the molecular pathways that form the basis for sparing normal HSPCs form toxicity by these drugs. We will test these drugs for specificity of killing TET2-deficient MDS cells in specifically engineered human cell lines in the laboratory to make sure our findings apply to human MDS cells.

Our studies focus on drugs in phase I/II trials that can be rapidly “repurposed” for the treatment of MDS. Our project will generate sufficient preclinical evidence using murine and human models of MDS to justify a clinical trial of our best drug combinations in human patients with TET2-mutant MDS. We are testing drugs currently in human phase I and II trials to accelerate the process of initiating a clinical trial in MDS, because expensive and time consuming pharmacokinetic studies and pre-IND toxicology has already been done for these drugs. 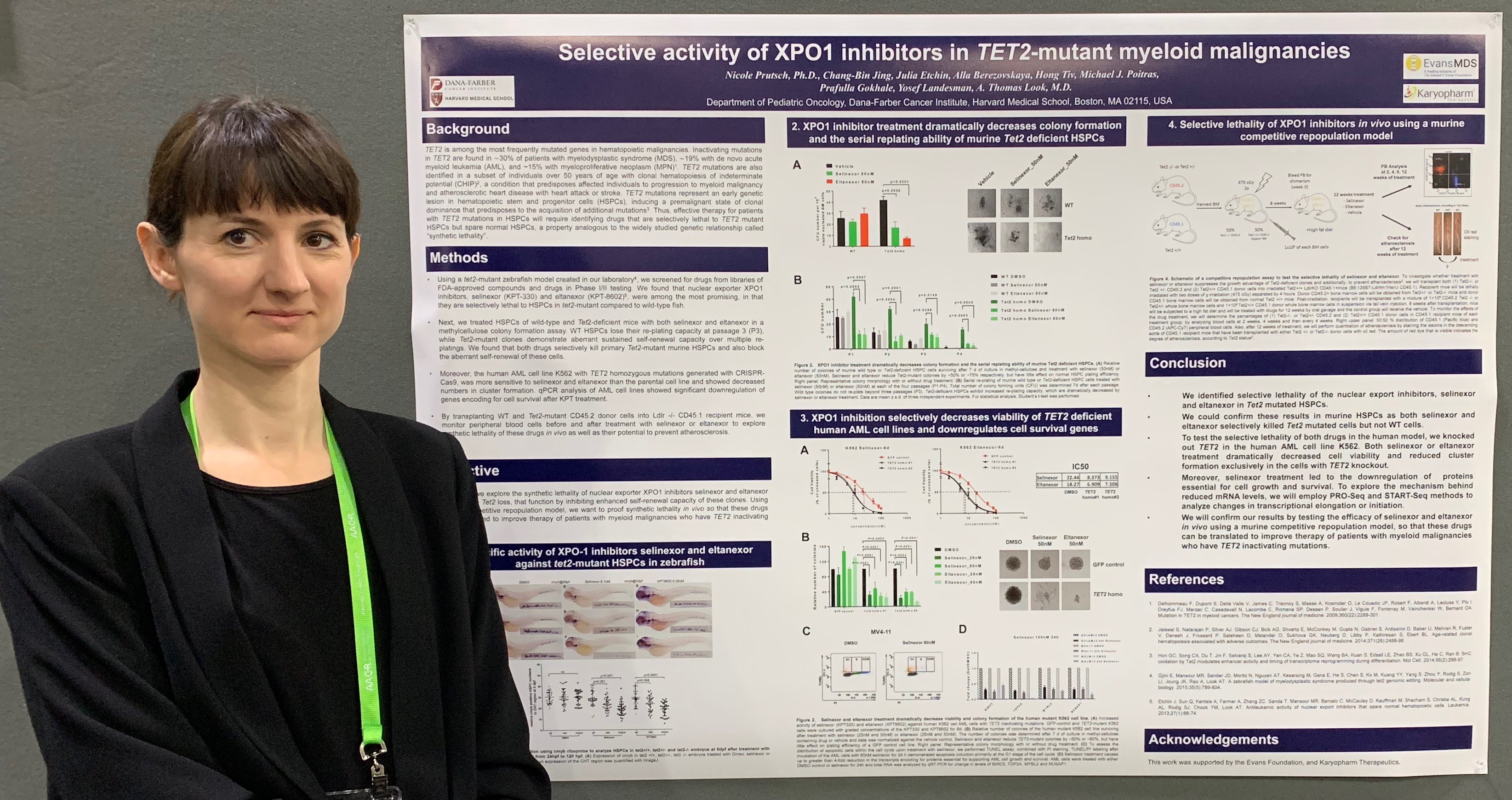 Nicole Prutsch, Ph.D., presents data from this study at AACR 2019 in Atlanta.