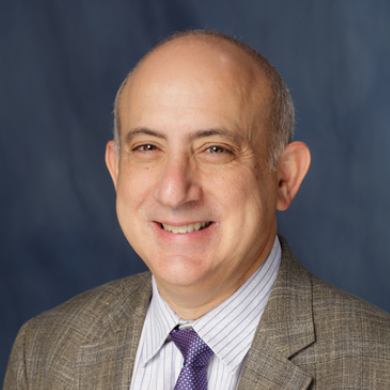 Myelodysplastic syndromes (MDS) occur when there is an imbalance between the self-renewal of hematopoietic stem cells (HSCs), a process in which HSCs divide to maintain stem cells for life- long blood production, and differentiation, where HSCs specialize to form mature blood cells. This balance is maintained by specialized genes being turned on and off through a type of molecular switches called gene enhancers. MDS can be characterized by anemia, cytopenias (insufficient white or red blood cells, or platelets), and the inability to fight infections. Oftentimes, MDS can progress to acute myeloid leukemia (AML), a deadly blood cancer. Prior research has revealed that mutations that disrupt either KMT2C or DNMT3A genes, both of which regulate gene enhancers, can lead to detrimental effects on blood production, reminiscent of MDS. Importantly, these two types of lesions are often found together, suggesting that they may cooperate in spurring MDS development and its progression to AML.

The aim of this project is to investigate how compound KMT2C/DNMT3A loss contributes to accelerated development of MDS and progression to AML and whether any of the inappropriately regulated genes can be harnessed for the development of novel MDS therapies. Specifically, we determine whether the combination of KMT2C/DNMT3A loss leads to the retention of enhancers at HSC genes while limiting the activation of myeloid lineage genes, resulting in excessive self-renewal, preventing cells from maturing, leading to AML. To achieve this, in the past year since the start of this project we have created genetically engineered mice with single-gene or compound Kmt2c/Dnmt3a inactivation specifically in the blood system. By periodically monitoring peripheral blood composition in these animals, we observe elevated white blood cell counts (WBCs) after simultaneous disruption of both genes compared to control mice. By looking closely at the HSCs in the bone marrow of these animals, we found that the blood stem and progenitor cells are more numerous, supporting the notion that they are overproducing themselves and crowding their normal non-diseased counterparts out. We have confirmed this stem/progenitor overgrowth effect of compound Kmt2c/Dnmt3a inactivation in a Petri dish using the so called Colony Forming Unit (CFU) assays. Having enough of these modified blood stem and progenitor cells on hand, we are now looking at the altered activity of genes and their enhancers on a global level. At the same time, we are creating cell lines with both KMT2C and DNMT3A deleted through genome editing using CRISPR-Cas9 system. Once successful disruption of both genes in these cell lines is confirmed, we will use these cells for more detailed analysis of the activity of individual stem-cell-related and myeloid lineage genes and their enhancers.

This study will gain insight into the role of compound KMT2C/DNMT3A loss in the development of MDS and AML and provide clues to developing novel therapeutics.