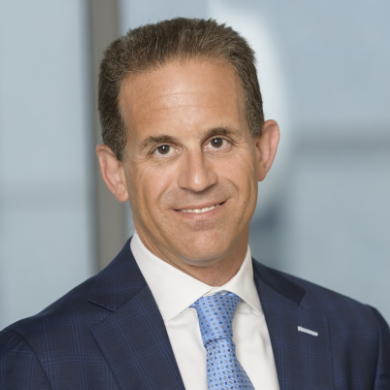 Myelodysplastic syndrome (MDS) is a disease characterized by reduced levels of red blood cells, platelets, and leukocytes which are involved in establishing an immune response. MDS patients have an increased likelihood to develop acute myeloid leukemia (AML), a fatal disease characterized by increased stem cells and a loss of normal blood development. While FDA approved therapies exist for MDS or for AML secondary to MDS, there are few curative treatments.

MDS increases in frequency with aging and occurs through stepwise acquisition of genetic mutations in blood stem cells. DNA-sequencing studies have identified a catalogue of mutations that may offer clues into how MDS develops, including recurrent mutations in DNMT3A, TET2, and ASXL1. Mutations in these genes, and others, are thought to increase the abundance of stem cells, at the expense of producing less mature cells that maintain normal blood function. Moreover, it is now appreciated that there are many clinically healthy subjects who have mutations in these MDS genes in their stem cells without having overt symptoms or blood count alterations. This condition is called clonal hematopoiesis (CH), and patients with CH have a markedly increased risk of developing MDS/AML and an increased risk of age-associated malignant and non-malignant diseases. Notably, as many as 10-20% of healthy subjects 60 years and older have CH and an increased risk of MDS, such that it represents a common MDS precursor state and a possible opportunity for therapeutic intervention.

However, it remains unclear how these mutations elicit these effects, and whether they cause stem cells to grow more rapidly, die less frequently, or differentiate to mature blood cells at different rates or biases. Furthermore, it remains unclear whether we can selectively target mutated stem cells in an effort to prevent/intercept MDS development. Our research utilizes genetic mouse models to faithfully mimic human CH/MDS and to identify and test novel therapeutic approaches aimed to prevent/attenuate this disease. In these models, we are able to specifically mutate individual genes, such as DNMT3A and TET2, and to use these models to discover and validate specific therapeutic targets. We are using these models, in concert with patient samples, to uncover therapeutic targets for future drug development.

We have a developed a novel cell culture approach that allows us to test large numbers of genes and proteins for their specific necessity for the growth of mutant stem cells carrying CH/MDS mutations. Critically, our cell culture approach maintains the functional capacity of mutant-MDS stem cells such that our results can readily be validated in preclinical murine models. Using this system, we have already identified several genes, which when mutated, specifically cause DNMT3A- and TET2- mutant MDS cells to die. We are performing further work to assess the functional role and mechanism of these genes in preclinical mouse models of DNMT3A- and TET2- mutant CH and MDS. We are also continuing to take advantage of our in vitro platform to perform further large- scale screens with the goal of identifying additional targets in MDS. 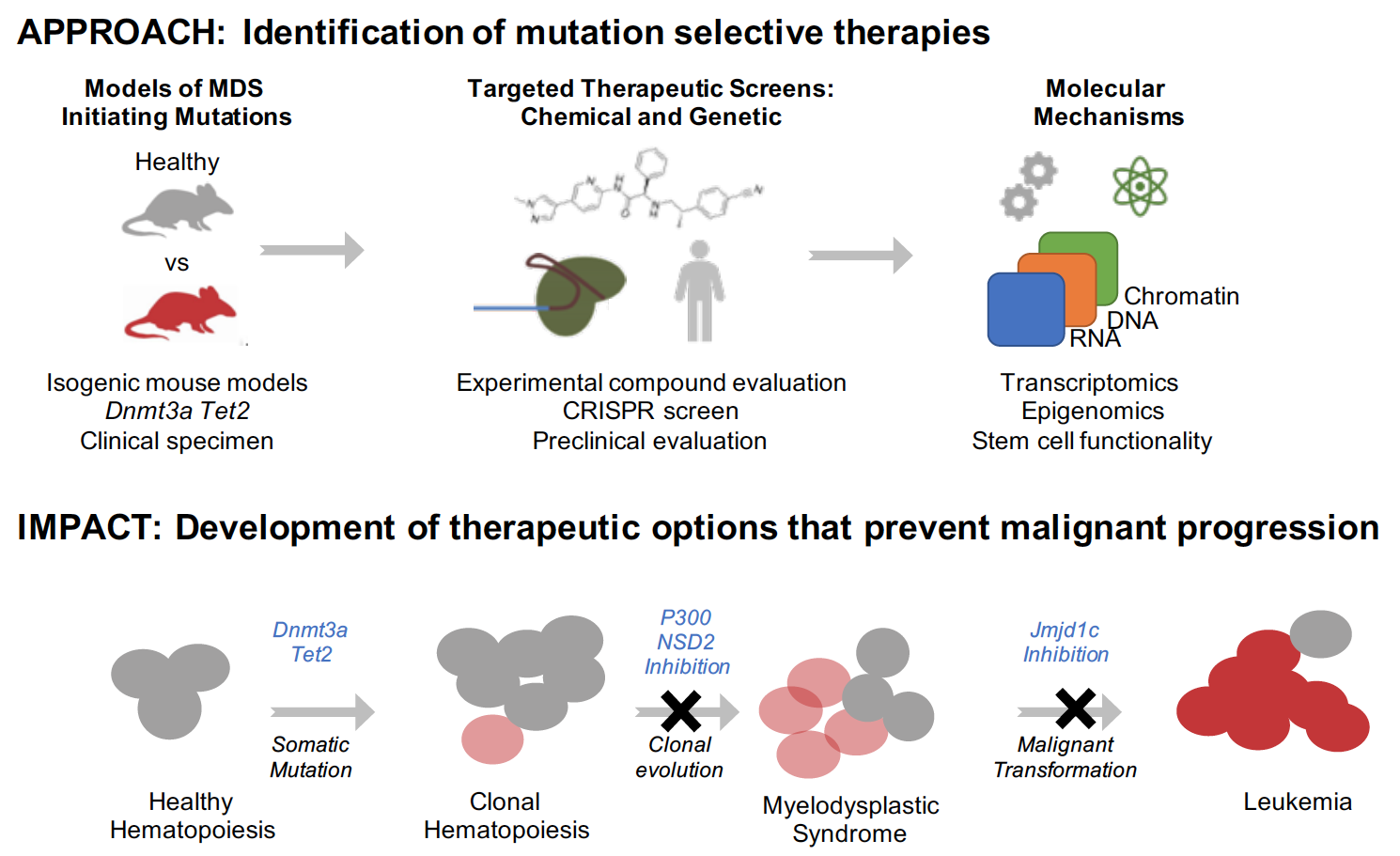