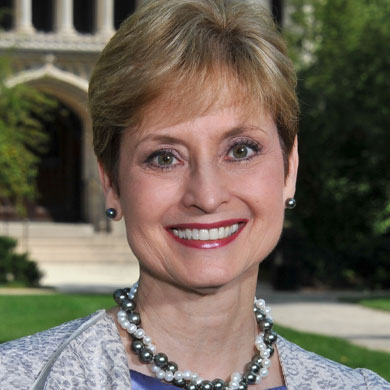 Synergistic Role of the Microenvironment and MDS Stem Cells: A Model for the Pathogenesis and Treatment of MDS

Hematopoiesis or the process of blood cell production results from a complex interplay of the blood-producing cells, termed hematopoietic stem cells (HSCs), and the bone marrow environment or “niche”. For many years, scientists have known that the niche is comprised of a heterogeneous population of cells also referred to as stroma, that provides a three-dimensional surface, or meshwork, that supports the normal development of stem cells into red blood cells, which carry oxygen throughout the body, and white blood cells, which normally fight infections.

The myelodysplastic syndromes (MDS) are a disorder of hematopoiesis, and include a spectrum of disorders of the HSCs that are characterized by ineffective blood cell production and decreases in one or more types of blood cells, and a variable propensity to progress to leukemia. There is wide variation in the clinical course of MDS, and physicians currently tailor therapeutic recommendations to each patient’s situation, depending on the predicted risk of disease, the patient’s age, and other medical conditions. However, there is an urgent need to improve treatment outcomes for patients with MDS.

Our understanding of the underlying causes of MDS is incomplete. In this regard, developing an improved understanding of the biologic basis of MDS is essential, as it holds substantial potential to inform the development of new and more effective treatments. Growing evidence suggests that alterations of the microenvironment occur early, and play a pivotal role in the development of MDS by promoting the expansion of hematopoietic stem cells that have acquired complementary genetic changes. Thus, we view MDS as a unique disease of the “tissue”, rather than of blood cells alone. Recently, we showed that disruption of a particular gene (Apc) in the supporting niche cells leads to the development of MDS in mice. We also know that loss of Apc deregulates a specific mode of communication – the WNT signaling pathway – between niche cells and hematopoietic stem cells that is thought to be of particular importance in blood production, making this communication pathway of great interest for the development of MDS.

We hypothesized that functional alterations of the niche, from natural processes, such as aging or inflammation, is an early event in the process of MDS development, and creates a “permissive environment” that leads to deregulation of the WNT communication mode and the acquisition of genetic alterations in HSCs, ultimately leading to MDS. Our research integrated studies of the bone marrow environment and blood stem cells in both patients with MDS and in our novel mouse models to determine the mechanism by which the bone marrow microenvironment is malfunctioning in MDS, and it’s role in the development of MDS, i.e., whether these alterations create a permissive environment for disease development. Importantly, we also examined whether mitigation of bone marrow microenvironment defects is a viable treatment for MDS. In this regard, our studies used novel and tractable mouse models, which are valuable resources for the evaluation of new candidate therapies, and we have provided them freely to other MDS researchers supported by EvansMDS, and to the scientific community at large.

Our studies conducted in Years 1 and 2 demonstrate that cells in the bone marrow microenvironment with deregulation of the WNT communication mode have altered the normal cellular signals that control growth and activate our immune system to defend the body from foreign substances. In other words, the cells receive abnormal signals to “grow”. We have also shown that some, but not all, therapies that are designed to dampen or reverse the aberrant Wnt communication mode are effective in delaying the onset of MDS and increasing survival using our mouse models of MDS, providing important clues to viable therapeutic options for some patients with MDS. Our mouse model also provided novel data suggesting that 5-azacytidine treatment of MDS patients has direct effects on the microenvironment and not just the hematopoietic cells.