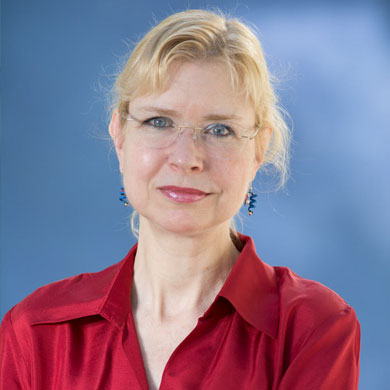 U2AF1 is one of the most frequently mutated genes in patients with myelodysplastic syndromes (MDS). The common mutations change specific amino acids of the encoded U2AF1 protein. The U2AF1 protein recognizes the splice site of the pre-mRNA transcript as a multimeric complex with two other proteins, U2AF2 and SF1. A revolutionary new technique, cryo-electron microscopy (cryoEM), has revealed 3-D structures of the core spliceosome machinery for processing gene transcripts. Yet, the 3-D structure of the U2AF1–U2AF2–SF1 complex and how it is altered by the MDS-associated mutations is unknown. To address this gap, we are using the state-of-the-art, cryoEM approach to determine the 3D shape of the U2AF1–U2AF2– SF1 complex and its MDS-mutants. Initially, we added an inert protein tag to increase the size of the complex, which is small for cryoEM approaches. To check whether the tag could have influenced the conformation, in the past year we prepared an untagged U2AF1–U2AF2–SF1– RNA complex, then collected and analyzed a large cryoEM data set. The tagged and untagged complexes have a curved shape. Piecewise, atomic resolution structures of the component proteins fit in the lobes of the shape. An orthogonal method, small-angle X-ray scattering corroborated the “C” shape and subunit locations. Since our current resolution is limited, i.e., too “fuzzy” to distinguish the RNA from protein components, we are testing the RNA-dependence of the curved shape by comparing the shape of the complex in the absence of RNA. The curved shape would bring the splice site signals close together for the next stage of the spliceosome assembly.