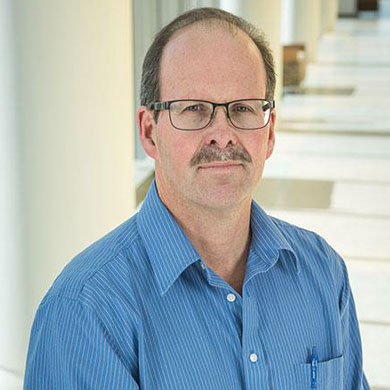 The University of Colorado Denver

Myelodysplastic syndrome (MDS) is a form of blood cancer where cells in the bone marrow are damaged and no longer function properly. Without normal growth of bone marrow cells, blood is not produced and patients can become weakened or even die. In addition, left untreated, MDS can often progress to a serious form of blood cancer known as acute myeloid leukemia (AML).

The focus of our work has been to identify the root cause of MDS and to develop new methods of therapy. Recent studies have shown that MDS, like normal blood, arises from a small population of stem cells. Normal stem cells live in the bone marrow and are able to grow and produce all of the many cells founds in human blood. However, when a normal stem cell becomes damaged or diseased, it no longer produces normal blood. Rather, it becomes impaired and does not successfully create the blood cells all humans need for survival. Our strategy has employed characterization of MDS stem cells.

We have previously shown that MDS stem cells are highly sensitive to drugs known as protein synthesis inhibitors. One particular drug in this class, omacetaxine, is available for use in patients and has thus far showed very encouraging results. In addition, when omacetaxine was used in combination with more commonly used MDS drugs such as Vidaza, it was even more effective. Omacetaxine also works well in combination with a new drug called Venetoclax. In the past year we have employed multiple laboratory tests and shown that these drugs can selective kill MDS stem cells, but are not harmful to normal blood stem cells. We believe these are very encouraging results and that human clinical trials are an appropriate next step.