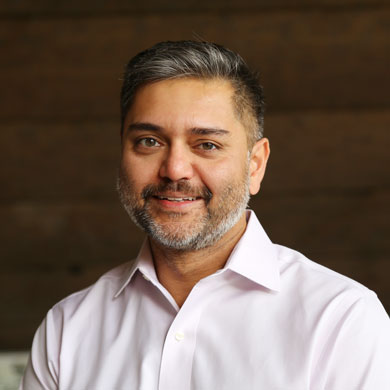 Aging is associated with an increased incidence of most cancers. We and others recently found that aging is also commonly associated with the acquisition of certain DNA mutations in blood stem cells. These mutations, which are common in MDS patients, give the affected stem cells a fitness advantage relative to normal stem cells. Those who harbor such mutations are said to have “clonal hematopoiesis of indeterminate potential”, or CHIP. Between 10-30% of the elderly have a mutation meeting the definition of CHIP. Unlike MDS, those with CHIP have normal blood counts, and therefore are not considered to have MDS or another malignancy. Some people with CHIP may develop low blood counts over time. This is called clonal cytopenia of undetermined significance (CCUS), and may be a harbinger of MDS. Each year, about 1% of people with CHIP will develop a blood cancer such as MDS, which is 10-40 times higher than the rate in people without CHIP.

It is not clear why some people with CHIP progress while others do not. Although the mutations that cause CHIP have been studied in mice, very little is known about how CHIP affects blood stem cell function in humans. One reason for this lack of knowledge is that people with CHIP rarely come to the attention of doctors because they are otherwise healthy. Another reason CHIP is difficult to study is that it exists as a mosaic state—in any individual with CHIP, some cells have the mutation, while others do not. It is currently not possible to isolate cells that carry the mutations to study their function in relation to normal cells.

In this proposal, we will address both these challenges. First, we will screen bone marrow donors without cancer or blood disorders for CHIP in order to create a biobank of patient samples with this pre-malignant condition. Second, we will develop new methods to obtain both mutation status and gene expression in single bone marrow stem cells. Applying this technology to samples with CHIP and CCUS will allow us to ask a number of questions. For example, we will be able to learn if certain mutations are more likely to cause specific populations of progenitor cells to expand in human bone marrow. We may also learn if there are gene expression differences between the mutated and normal stem cells in those with CHIP. Finally, we may see gene expression differences in the mutated stem cells between those with CHIP and CCUS, thereby pointing to genes that go awry during disease progression. In sum, these studies will provide novel insights into MDS precursor states, and will lay the foundation for identifying new therapies to prevent the progression of CHIP to MDS.