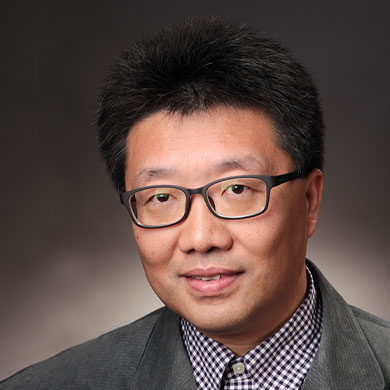 Myelodysplastic Syndromes (MDS) are a group of diverse bone marrow disorders in which the bone marrow does not produce enough healthy and functional blood cells to fight against infection, to supply oxygen, and to control bleeding. In MDS, immature blood stem cells may not normally differentiate into mature cells or may have a shorter life span, resulting in cytopenia (lower blood cell counts) and dysplasia (abnormal morphology/function of blood cells). Some cases are mild, while others are more severe and carry a high risk of becoming acute myeloid leukemia (AML). Studies suggest that 12,000-15,000 MDS cases are newly diagnosed annually in the U.S., and an estimated 50,000-75,000 people currently live with MDS. Leukemic transformation rates and overall survival (OS) are extremely variable in MDS with the OS ranging from only a few months to almost a decade. As a result, treatment options vary from watchful waiting and supportive care to disease-modifying therapy including allogeneic bone marrow transplantation. Over the last decade, there have been four FDA-approved agents available for the treatment of MDS; 5-azacitidine for all types of MDS; lenalidomide for MDS with del(5q); decitabine for intermediate-/high-risk MDS; and recently luspatercept-aamt for very low- to intermediate-risk MDS. MDS are also sometimes referred to as “pre-leukemia”. About one-third of MDS patients will progress to secondary AML (sAML), which has an aggressive course with expansion of immature blood stem cells due to differentiation blockade. Progression from MDS to sAML is associated with the acquisition of additional mutations, such as mutations in FLT3 or NRAS genes, which promote proliferation and survival of leukemic cells. sAML patients do not respond well to standard therapies for AML and have a very poor prognosis; and the OS is less than 1 year. In addition, available therapeutic options for sAML are extremely limited. Therefore, development of new therapeutic approaches to prevent the disease progression from MDS to sAML is an urgent clinical need.

In our previous and current studies, we found that (1) MDS cells have suppressed activities of mitochondria, which are power plants of the cell generating a large amount of energy called ATP,  MDS cells produce ATP mainly from glucose in the cytoplasm but less using mitochondria, and (3) this metabolic state is indeed an important cause of diseases in MDS. In contrast, it has been shown that AML cells have activated mitochondria and use more fatty acid and glutamine to produce more ATP and to sustain their proliferation. Both fatty acid, one of the forms of lipid, and glutamine, an amino acid, require mitochondria for their metabolism in cells. Furthermore, it has also been shown that FLT3 and NRAS mutations promote fatty acid and glutamine metabolism; however, the precise mechanisms for how those mutations influence metabolism are not fully understood yet. Based on these information, we hypothesize that (1) sAML cells have a distinct metabolic state compared to MDS cells and such a shift in metabolism, the “metabolic reprogramming”, caused by acquired gene mutations (e.g. FLT3 and NRAS genes) may be the driving force for leukemic transformation from MDS, and (2) this unique metabolic reprogramming, a dependency on fatty acid and glutamine metabolism in mitochondria in sAML cells, could be a new therapeutic target for the prevention of leukemic transformation from MDS.

In this research proposal, we will determine how gene mutations, such as FLT3 and NRAS, induce metabolic reprogramming and how this metabolic reprogramming contributes to  disease progression from MDS to sAML by using genetic disease model mice. We have established mouse models for MDS and sAML which faithfully mimic disease conditions observed in patients. Furthermore, we will test therapeutic efficacy of inhibitors of fatty acid and glutamine metabolism pathways in our disease model mice. We will also test those inhibitors on blood cells derived from MDS and sAML patients so as to provide a preclinical basis for future clinical studies . By completing this proposed study, we expect to elucidate the detailed mechanisms of metabolic reprogramming during leukemic transformation from MDS and to develop rational new therapeutic strategies to prevent the disease progression from MDS to sAML, which has a poor prognosis and needs better therapies to improve their OS and quality of life.