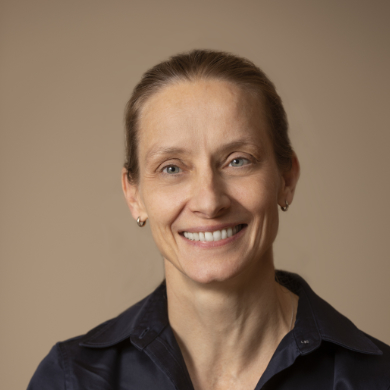 METTL3 inhibition in the treatment of MDS

Myelodysplastic Syndrome (MDS) is a disease of the blood stem cell affecting approximately 20,000 new patients each year in the United States. Around 10,000 patients die each year from this disease which is often acquired with aging or after treatments for cancer. The only cure for MDS currently consists of blood stem cell transplantation from healthy related or unrelated donors; a treatment that is risky, complex, and often limited to relatively healthy and young patients. Blood stem cells reside in the bone marrow (mostly located in central bones of the body, such as the spine, ribs, and hip bones) where they are carefully nurtured by special cells of the stem cell niche, including stromal cells, blood vessels, nerve cells, and immune cells.

MDS is caused by alterations to the material that determines the identify and function of the cell. Each cell has 22 chromosomes located in the cell nucleus that are made up of deoxyribonucleic acid (DNA) that encodes the blueprints for all the cells in the body. The information written by the DNA, the genes, is transcribed into messenger ribonucleic acid, mRNA, that is transported out of the nucleus into the cytoplasm of the cell, where it is translated into proteins by ribosomes. Proteins perform the vast number of tasks necessary for a cell to keep working/living.

The journey of gene expression from DNA to RNA to protein includes a lot of regulatory steps that finetune cellular function in time and space. One of the emerging layers of regulation consists in the fact RNA can be modified with chemical additions to its code, affecting its lifespan, its localization within cell compartments and how well it gets translated into protein. These chemical modifications are added to the RNA by proteins called “writers”, may be removed by “erasers”, and are recognized by “readers”. The most studied of these modifications, methylation of adenosine (m6A), is very abundant in mRNAs and regulates many genes important in blood stem cells and responsible for leukemia. When one removes the main writer of m6A, called METTL3, many proteins important for leukemia cell survival are no longer made, and leukemia cells either die or turn into mature cells that are no longer harmful. We have found that loss of this RNA modification not only changes which proteins are made, but also the structure of the mRNA molecules, so that they resemble a virus to the immune sensors responsible for guarding against viral infection within the cell. This misunderstanding triggers an immune response against this RNA and against the cell itself. The central assumption of our studies is that this reaction could be exploited to stimulate the immune system against leukemia and MDS cells, targeting and eliminating them.

Recently, scientists at STORM Therapeutics have developed a drug that can inhibit METTL3 and kill leukemia cells. We have obtained this drug and will use it against MDS. We hypothesize that this drug will kill MDS cells by changing the structure and the function of many RNAs important for MDS. In addition, we think that loss of the m6A modification will also allow us to activate the patient’s immune cells against the MDS stem cells, thereby eradicating the disease. We will test the METTL3 inhibitor alone and in conjunction with other immunotherapies that are already being used in the clinic. 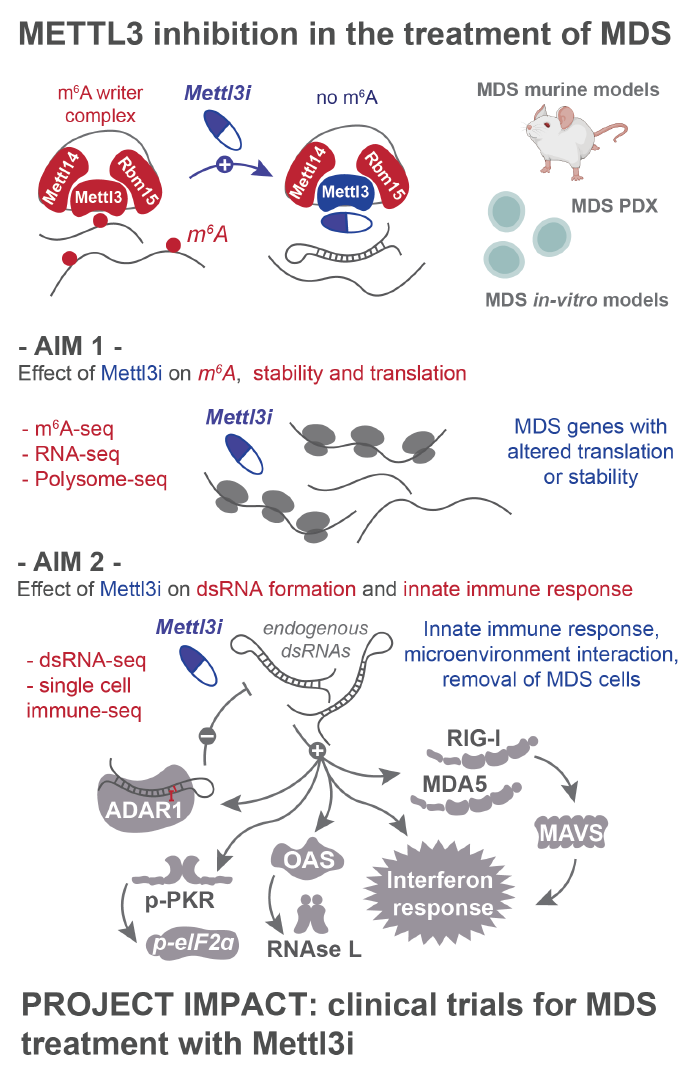