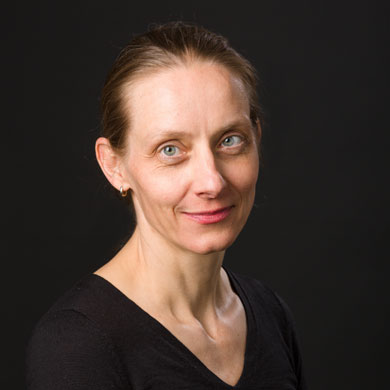 Patients with myelodysplasia (MDS) suffer from bone marrow failure with low peripheral blood counts and cellular dysfunction. They suffer from anemia resulting in fatigue, low white cells resulting in infections, and low platelets resulting in bleeding. Myelodysplasia is caused by numerous aberrant changes, mutations, in the genes that determine the cells’ identities and functions. New therapies are evolving quickly that target these gene aberrations but their efficient translation into the clinic is slowed by the variability between patients with MDS.

To study live MDS cells a model is needed that allows us to carry human stem cells in the best possible stem cell environment. We have developed a unique “xenotransplantation” model for MDS where we inject patients’ MDS stem cells into immunodeficient mice engineered to specifically support human blood cells. The mice are called MISTRG for their specific modifications and were designed in the laboratory of Dr. Richard Flavell at Yale. The MISTRG-MDS mice efficiently and faithfully propagate patient derived MDS cells and provide a critical platform to test and develop novel therapeutics (Song et al., Nat Commun 2019), however not all cells that eventually give rise to mature blood cells are equally supported in MISTRG mice and not all cell lineages affected by MDS can develop in MISTRG mice. For our first year we proposed to further improve the MISTRG mouse by limiting mouse stem cell fitness and thereby giving human stem cells an advantage. We introduced two different mouse stem cell factor receptor mutations into the MISTRG background. Both mutations had the desired effect to improve engraftment without irradiation of the mouse and development of red blood cell and platelet precursor cells from adult human blood stem cells.

We also proposed to study the effects of targeted treatments for MDS in MISTRG mice. Mutations in a gene called Isocitrate Dehydrogenase are common in MDS and AML patients, between 5-20%. Novel drugs that specifically target the mutant protein have been tested in clinical trials and have promising effects in patients. However, they do not cure patients but result in differentiation of the mutant clone. We have recently, in collaboration with Dr. Bindra at Yale, shown that IDH mutations make the mutant cells more vulnerable to a different class of targeted drugs, so called PARP inhibitors, that inhibit DNA repair.

This approach is particularly interesting, as eventually nearly all patients who have been treated with IDH inhibitors, relapse or progress in their disease.

We engrafted MISTRG mice with a patient derived MDS/AML samples either wildtype for IDH or mutant and treated mice with vehicle, the drug enasidenib (for IDH2 mutant only) that inhibits the mutant enzyme isocitrate dehydrogenase 2 (IDH2), or the PARP inhibitor olaparib. Treatment of IDH2 mutant, but not wildtype MDS/AML with Olaparib results in significant reduction in mutant cell engraftment compared to vehicle.