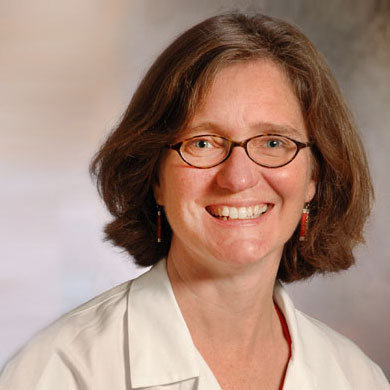 We learn early on that our genetic material, our DNA, contains four bases: A, G, C, and T, which assemble like beads on a string, each base with slightly different chemical properties. Like beads of different colors that can come together to form necklaces with myriad color designs, each person’s DNA has an overall pattern indicative of humans, but individual enough so that each person’s base (or bead) pattern is unique. Over the last several years, we have discovered that in fact, the cytosine (C) bases within our DNA come in five different varieties, like shades of a particular color. For example, think of regular, unmodified C as navy blue; we also have C with a methyl-group (royal blue); C with a hydroxymethyl-group (baby blue); C with a formyl-group (powder blue); and C with a carboxyl-group (sky blue). These different forms of C change the properties of the DNA, just like different color combinations change the appearance of a necklace.

A fascinating aspect of the biology of C bases is that there are specific enzymes, called TET proteins, which convert one C (one bead color) into another (different bead color). TET proteins convert methylC into hydroxymethylC and sequentially from there into formylC, followed by carboxylC. In myelodysplastic syndromes (MDS), patients acquire changes in their DNA, called mutations, some of which alter the balance of these different forms of C. As a consequence, the DNA behaves differently, likely causing the problems with blood cell development experienced by MDS patients.

The Godley Laboratory has discovered that a low oxygen environment, called hypoxia, can also influence the conversion of methylC into hydroxymethylC. Because bone marrow is a hypoxic environment, Drs. Godley and Wickrema hypothesize that the low oxygen content influences the function of the TET proteins and disrupts the patterning of the modified C bases, contributing to the inability of MDS patients to form red blood cells. In the past year of this award, Drs. Godley and Wickrema have discovered that under low oxygen concentrations, the TET3 protein specifically is induced. This matches with what is seen in human bone marrow samples- that both the TET2 and TET3 enzymes are expressed. The Godley Laboratory is now delving deeper to understand exactly how this occurs, since it would open the doors for new ways to use drugs to stimulate TET3 production and drive red cell production. Drs. Godley and Wickrema have also been working on determining which growth factors are responsible for the deposition of hydroxymethylC at particular DNA regions. They have identified a cascade of signaling that occurs during red blood cell development that activates the TET2 protein.

Together, these results will help us understand how the TET proteins drive red blood cell development. This work could lead to new insights in how the low oxygen environment of the bone marrow contributes to the altered red blood cell development that characterizes MDS patients. This novel understanding could lead to new approaches to alleviating the anemia suffered by many MDS patients. Moreover, this work could reveal predictions of patient drug response that could allow a tailored treatment strategy to be applied to MDS patients to improve outcomes and survival.