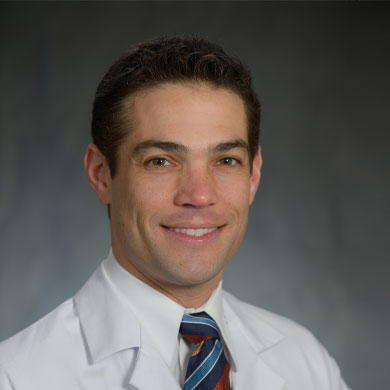 Myelodysplastic syndromes (MDS) affect the body’s ability to produce normal blood cells. As a result, people with MDS are often dependent on blood transfusions, have increased risk of bleeding and can develop severe infections. In addition, having MDS places patients at risk for the development of leukemia. Despite years of study, the best current therapy for MDS is a lifelong monthly treatment with low-dose chemotherapy, which is temporarily effective in only about 50% of patients. The only potential cure for MDS is a bone marrow transplant, in which another person’s healthy bone marrow is used to replace the patient’s abnormal bone marrow. However, most patients with MDS are not young or fit enough to undergo this procedure and in any case the success rate of bone marrow transplantation is only about 30%.

This means that in order to give hope to MDS patients we must develop new treatments that are grounded in the latest advances in scientific research and that represent out-of-thebox thinking.

Patients develop cancer, in part, because their normal immune system is unable to recognize the abnormal cells. We have developed a new approach to the treatment of bone marrow cancers such as leukemia or MDS. We re-train the patient’s own immune system to see and kill the abnormal cells in the bone marrow, and therefore to allow normal cells to grow back. The re-training of the immune system is done by taking from the patient’s blood white blood cells known as T-lymphocytes and allowing them to multiply in the laboratory up to 1000-fold. During this time we transfer into the T cells new genes that they did not previously possess. These new genes now allow the T cells to recognize cancer cells that have on their surface a particular marker known as an antigen. The engineered T cells are called chimeric antigen receptor T cells (CAR T cells). Theoretically any marker on the surface of a cancer cell can serve as an antigen. We have already shown that after infusion of CAR T cells into children with leukemia, billions of cancer cells can be killed and that the patient can be made completely free of cancer within several weeks after infusion. The major limitation of this technique however, is that the engineered CAR T cells can also recognize normal cells if those cells share an antigen with the cancer cells, thereby potentially killing normal cells as innocent bystanders.

We think that patients with MDS could also benefit from this approach. We have developed a new CAR T cell that may be able to recognize and kill abnormal MDS bone marrow specifically, while leaving normal bone marrow cells unharmed. In the first year of research we developed two slightly different CART cells against an MDS marker called IL1RAP, and have shown that they are somewhat safer than our current “gold standard” CART cell that was developed for the treatment of AML. In the coming year we plan to test whether IL1RAP-specific CART cells can eradicate MDS stem cells without severely affecting the normal bone marrow.