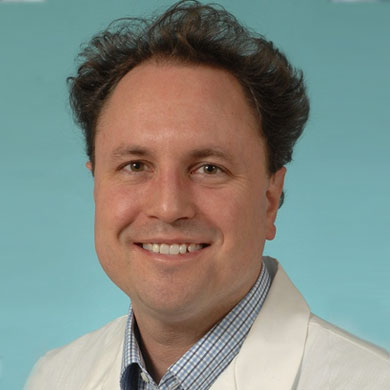 Harnessing NK cells for the therapy of MDS.

Myelodysplastic syndrome (MDS) is a common blood cancer primarily affecting older people, with symptoms that can be life-threating, including low blood counts, infection, or bleeding. One of the greatest risks of MDS is the transformation into an aggressive acute leukemia, which occurs in about 1 of 3 patients suffering from this disease and can be rapidly fatal. Treatments for MDS include chemotherapy, which may result in remissions in some patients but is not curative. Another treatment option for some patients with MDS is hematopoietic cell transplantation (HCT), which involves replacing the blood and immune system of the patient with a new one from a healthy donor. In this treatment, patients with MDS or leukemia may be cured when the new donor immune cells attack and eradicate the diseased MDS cells. However, HCT can have severe side effects that include lifethreatening attack of the patient’s normal tissues by the new immune system (so called graft-versus-host disease) and infection. Here, we propose to study one type of immune cell, the natural killer (NK) cell, which can recognize and eliminate diseased leukemia cells without the risk of graft-versus-host disease. The long-term goal of this study is to identify new immune based treatments for MDS without the severe side effects of HCT.

NK cells are immune cells that are specialized to recognize and eliminate cancer cells, especially blood cancers, and have recently shown promise as a treatment for leukemia. However, very little is understood about NK cells in MDS patients. Here, we will first test the idea that NK cells within the diseased bone marrow of MDS patients have become defective in number or function – effectively “shut down” by the MDS cells or the environment created by the disease. We will employ a new technique for NK cell analysis, mass cytometry, that allows an indepth picture of the number and state of NK cells within the bone marrow of MDS patients. These experiments may also uncover mechanisms responsible for NK cell “shut down”. By uncovering NK cell deficiencies and/or MDS-induced “off switches” in patients, we hope to identify new strategies to boost NK cell responses to MDS, and thus new ways to use the immune system to fight this disease, which may be tested in future clinical trials. In studies performed to date, we have discovered several ways that NK cells from MDS patients are defective, for example, by expressing lower amounts of receptors needed to “see” MDS cells, and reduced expression of the ammunition the NK cells require to eliminate MDS cells. These have suggested new strategies to boost MDS patient NK cells, which we are testing.

Recently, we identified one new way to enhance NK cell anti-cancer responses by activating cells with a combination of cytokines – protein signals used by immune cells to communicate with each other. These cytokine-activated NK cells are able to eliminate leukemia cells in test tubes and animal models. Since the NK cells “remember” the initial cytokine activation and have improved responses when later meeting a cancer cell, they are called “cytokine-induced memory-like” NK cells. We recently found memory-like NK cell adoptive immunotherapy to be safe and results in remissions in a clinical trial for patients with relapsed or refractory leukemia. Here, we will test whether this exciting new way to enhance NK cell therapy is effective against MDS cells. We will examine memory-like NK cell attack of MDS patient’s diseased bone marrow cells, and use DNA sequencing techniques to determine whether diseased MDS cells are destroyed. We expect that this study will identify memory-like NK cells as a potential new immunotherapy for MDS, and provide the foundation for testing this approach in a future clinical trial for MDS patients. To date, we have found that memory-like NK cells from normal donors respond better than conventional NK cells against target cells in the form of MDS patient bone marrow. We are currently testing this using approaches that will allow us to tell if diseased MDS bone marrow will be eliminated better than non-diseased bone marrow cells.