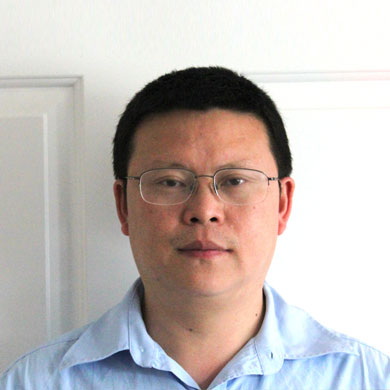 Myelodysplastic syndromes (MDS) comprise a diverse group of blood cancers, characterized by ineffective blood cell production. The bone marrow fails to produce adequate numbers of red cells, white cells and platelets; and precursor cells in the marrow, as well as the mature cells in blood, are often dysplastic. The traditional way to diagnose dysplasia is by nuclear morphology (the size and shape of the nucleus). For example, in patients with MDS, the nucleus of neutrophils (a type of white blood cell) may have too many lobes (hyper-segmented), too few lobes (hypolobated), or an atypical shape (as in the case of the acquired Pelger–Huët anomaly). And the nucleus of red blood cell precursors may mature abnormally or contain nuclear strings or inter-nuclear bridging. Although these dysmorphic features facilitate MDS diagnosis, classification and risk stratification, little is known about how the nuclear dysplasia relates to MDS pathogenesis.

DNA sequencing has established that MDS arises through the sequential acquisition of mutations in a set of about fifty recurrently involved genes. However, the mechanisms by which diverse genetic aberrations drive the disease remain largely unclear.

The human genome is hierarchically organized in the three-dimensional (3D) space of the nucleus. Recent discoveries have demonstrated that the 3D genome organization critically impacts gene expression, tissue development and disease progression. We reason that the aberrant nuclear morphologies in MDS cells reflect specific disruptions in the 3D organization of the genome. The goal of this proposal is to reveal the link between the abnormal nuclear structure in MDS cells and the defects in the function of the MDS genomes, thereby providing molecular insights into the pathogenesis of MDS.

Our central hypothesis is that the various genetic lesions disrupt the 3D genome organization, which subsequently allows MDS development. This hypothesis has been formulated based on the discoveries from our pilot studies. For example, our chromatin interaction maps of red and white blood cells and their precursors at multiple developmental stages have revealed that the genes encoding known master regulators their maturation, such as the KLF1 (red) and the C/EBP _gene (white), and MDS-relevant genes (e.g., DDX41 and ASXL1) are often associated with specific architectural features (e.g., features enriched in DNA regulatory elements). Together, these advances, along with our ability to study individual cells, provide new paradigms that enable us to dissect the relationship between nuclear structure and genome function.

To address these questions, we propose to map the 3D genome, open-chromatin landscapes and gene expression profiles in large numbers of neutrophils and bone marrow cells from MDS patients. We will use cutting-edge single-cell technologies because of the cellular and genetic diversity presented in each patient. For example, in the blood of an MDS patient, only a portion of neutrophils might be hyper-segmented or have an acquired Pelger–Huët anomaly. Hence, single-cell assays are required to discriminate the abnormal cells from the normal cells. Our studies will help to define the molecular bases underlying the aberrant nuclear structure of MDS cells. Ultimately, we aim to determine whether genetic lesions frequently identified in MDS patients cause disorganization of the 3D genome. We will provide an atlas of MDS cell states and expect to identify disease-associated structural features, regulators, and markers, which could aid MDS diagnosis and therapeutics. Our study will also provide an analytical framework for single-cell analyses of the molecular mechanisms underlying MDS pathogenesis.