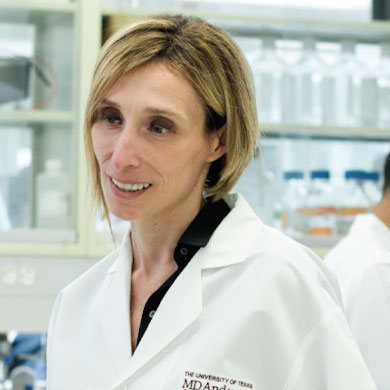 Leukemias are cancers of the bone marrow that originate because of an abnormal function of the cells responsible for the production of all blood cells, which are called hematopoietic stem and progenitor cells or HSPCs. Pro-tumoral HSPC functions arise because of alterations (known as mutations) in genes that contain the instructions to produce essential proteins regulating cell function.

Chronic myelomonocytic leukemia (CMML) is a form of blood cancer associated with high risk of progression to an aggressive type of leukemia called acute myeloid leukemia (AML). Although the hypomethylating agents (HMAs) azacitidine and decitabine, which are the currently approved treatments for patients with CMML, can control the disease and improve the survival of patients with CMML, these treatments only work for a short period of time. This is because they cannot eradicate the HSPCs responsible for originating the disease. Patients whose disease advances or progresses to AML after these therapies stop working have poor prognosis with an expected survival of 4-6 months. There are currently no effective treatments for this group of patients.

The family of RAS genes produces a group of proteins that act as essential regulators of cell growth and survival. Mutations in RAS genes are present in up to 30% of patients with CMML and are associated with high risk of evolution to AML and poor prognosis.

In our study, we sought to understand the mechanisms by which RAS gene mutations promote the emergence of CMML and CMML progression to a more aggressive disease after treatment with HMAs. This understanding is essential to identify potential new treatments that could improve the life expectancy of these patients.

To this end, we first evaluated a large cohort of CMML patients who received treatment with HMAs. We found that patients whose CMML had RAS gene mutations (RAS mutant CMML) experienced disease progression more frequently and more rapidly than patients whose disease did not have these mutations. We observed that during progression the proportion of cells carrying these RAS mutations increased in the bone marrow. We then used novel single-cell sequencing technologies to determine how these mutations could affect the function of normal cells. HSPCs from patients with RAS mutant CMML had overactivation of genes that control inflammation and produced large numbers of monocytes, a type of white blood cell frequently overproduced in CMML. These monocytes activated many genes involved in inflammation mediated by a protein called NF-kB.

We observed that, when the disease got worse, HSPCs from patients with RAS mutant CMML expanded and accumulated, and overactivate genes associated with NF-kB pathway regulation. This promotes the survival of HSPCs by blocking the normal mechanisms that control cell lifespan. A gene called MCL1, which promotes the survival of cells, is associated with the NF-kB pathway. We treated RAS mutant CMML HSPCs with AMG-176, a drug that blocks the function of the MCL1 protein and confirmed that blocking MCL1 function restored cell death in these abnormal HSPCs.

Our work suggests that combined treatment with drugs that block NF-kB pathway-mediated inflammation and cell survival might help prevent progression to AML and improve the survival of patients with RAS mutant CMML, who otherwise have a very dismal prognosis. 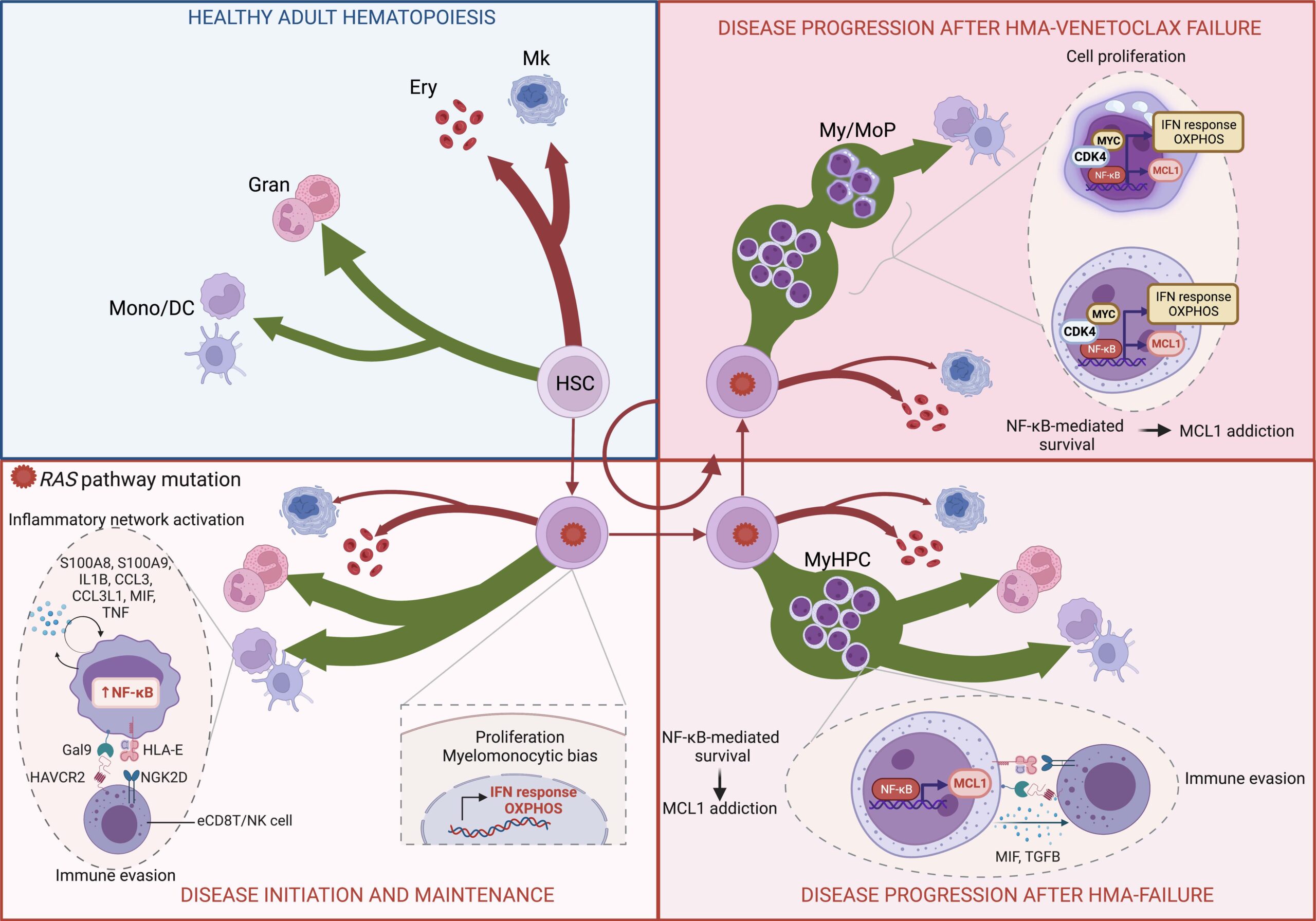