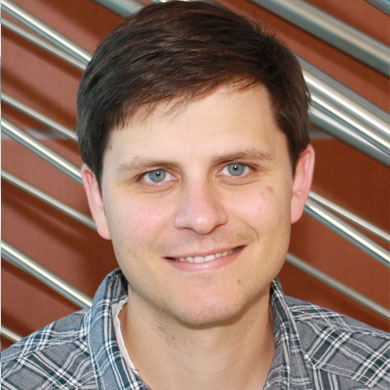 Mutations in the DEAD-box RNA helicase gene DDX41 are now recognized as the most common germline aberration associated with inherited susceptibility to myelodysplastic syndrome (MDS) and acute myeloid leukemia (AML). Germline DDX41 mutations are most often nonsense, and likely result in an inactive protein. More than 50% of DDX41 mutation carriers that develop hematologic malignancy acquire a secondary mutation in their residual wild-type DDX41 allele, almost always resulting in an amino acid substitution at arginine 525 to histidine (R525H). The substitution at R525 is thought to diminish the ATPase function of the helicase domain, suggesting that both DDX41 alleles encode inactive or hypomorphic proteins.

While previous studies have indicated that DDX41 functions as a cytosolic innate immune sensor or as a regulator of mRNA splicing, the role of DDX41 mutations in MDS pathogenesis remains poorly understood. In our preliminary studies, we engineered mouse models with conditional DDX41 knockout and/or R525H mutation and found that DDX41 is required for normal hematopoiesis and that DDX41R525H is deficient for its essential function. Mechanistically, we have described a novel function of DDX41 in snoRNA and ribosomal RNA processing and found that hematopoietic progenitor cells undergo cell cycle arrest and apoptosis upon loss of DDX41 due to ribosome dysfunction. Since ribosomal dysfunction is recognized as a contributing factor in subsets of MDS, we hypothesize that (1) DDX41 mutations cause MDS-associated hematopoietic stem cell (HSC) defects through failed ribosome biogenesis, and that (2) mutations in p53, which is activated by ribosome dysfunction, play a central role in pathogenesis of DDX41-mutant MDS.

The overarching goal of the project is to determine the mechanism(s) by which DDX41-mutant HSC become malignant and to identify rational therapeutic approaches for this growing group of MDS patients.