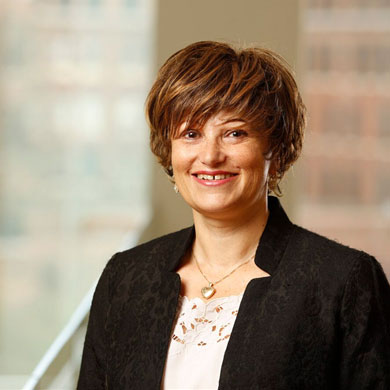 Multiple different mutations have been identified in MDS. These different mutations have highlighted different mechanisms leading to marrow failure and transformation to leukemia. However, MDS resides in the bone marrow, and by necessity interacts with the bone marrow microenvironment, which is composed of many cells, including those that support normal blood stem cells. Many studies have shown that MDS is dependent on the microenvironment, which is abnormal and no longer supports normal blood stem cells.

This work aims to understand a new mechanism that initiates dysfunction of the bone marrow microenvironment in MDS. We discovered that mesenchymal stem cells, critical cells for the support of blood stem cells, contribute to the clearance of dead cells in the bone marrow. This activity is rare at baseline, but is increased with aging, where macrophage, cells normally responsible to clear dead cells, are defective. Our preliminary data show that, not only are macrophages defective in MDS, but there are also increased dead cells in the marrow, a well-established finding in MDS. In this condition, mesenchymal stromal cells have increased engulfment activity. Our preliminary data show that, for mesenchymal stromal cells, increased engulfing of dead cells is stressful, changes mitochondrial dynamics and metabolism, and induces senescence, a cellular state resistant to apoptosis that is associated with inflammation.

We hypothesize that this is a common mechanism governing how MDS disrupt the bone marrow microenvironment, decreasing normal blood stem cell function. In support of this hypothesis, we studied mesenchymal stromal cells from a cohort of MDS patients with different mutations, where we found increased evidence of engulfing activity, and where metabolism was disrupted if patients had high risk of progression based on having MDS with more than 2 mutations. Based on these data, we propose to study mouse model where mutations can be combined to recapitulate aggressive high risk MDS, while models with single mutations will recapitulate low risk disease. We will first study mesenchymal cells from the ”high risk” combinatorial models, and bone marrows from patients with more than two mutations, and study mesenchymal stromal cell engulfing capacity and metabolism, as well as rate of senescence.

To see if this mechanism is universal or only happens with high risk disease, single mutations, including those representative of clonal hematopoiesis will be studied. Because senescence of mesenchymal stromal cells is a key consequence of engulfment of dead cells, and it induces metabolic changes, senescence of mesenchymal cells could be a valuable therapeutic target. In addition to strategies to selectively block engulfment in mesenchymal stromal cells, treatments that block anti-apoptotic signals, such as venetoclax, may be effective not only based on their action on MDS cells but also on their microenvironment. Therefore the studies proposed aim at defining a novel mechanism by which MDS hijacks the normal bone marrow microenvironment that could be therapeutically targeted. 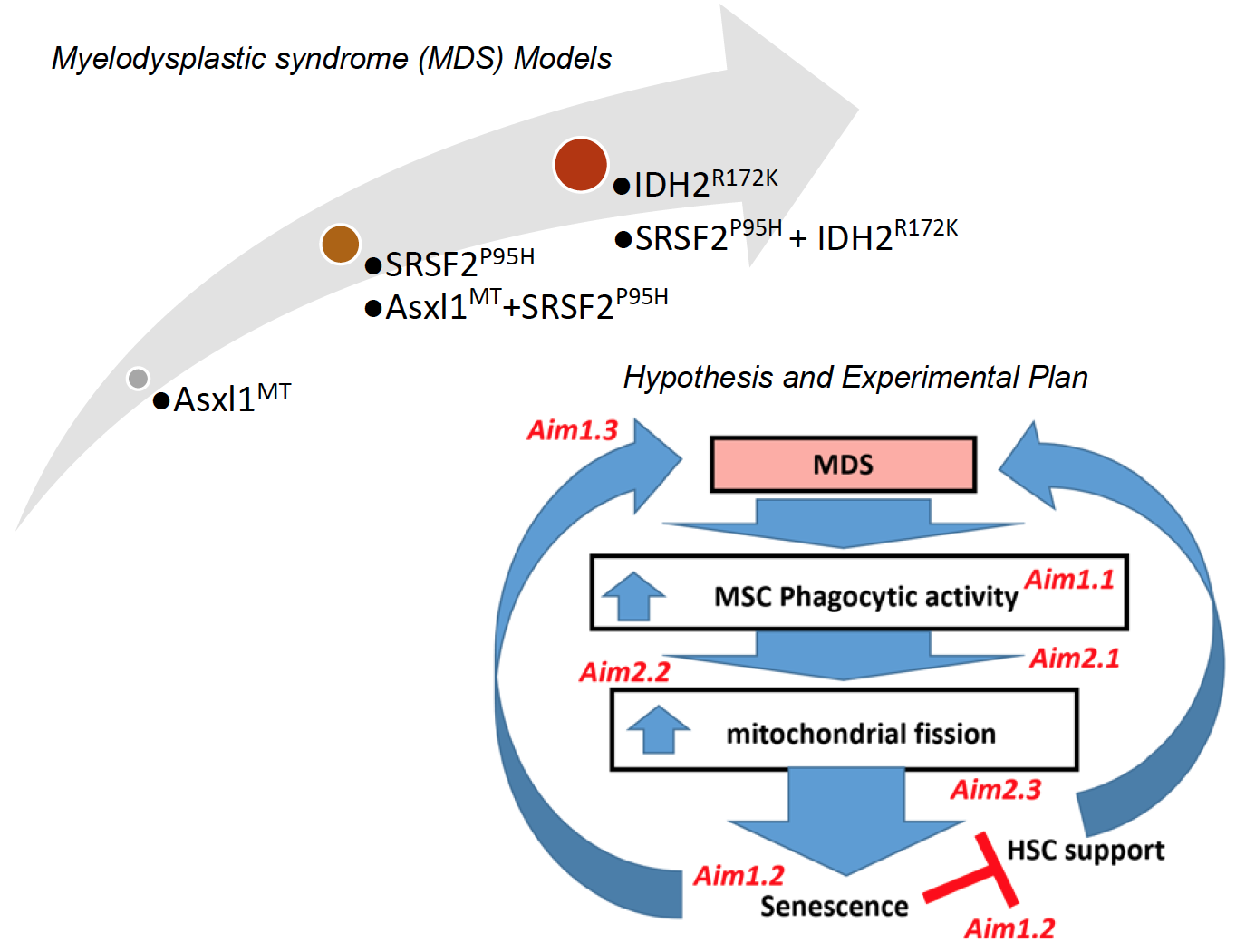