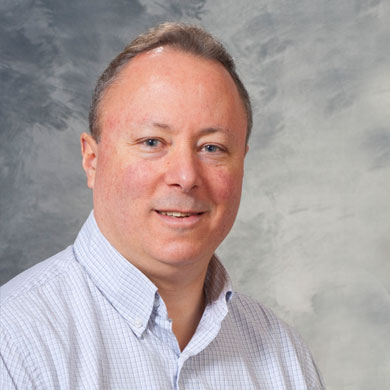 The Bresnick group conducts research on the development and function of blood cells that fight infection, protect cells and tissues by supplying oxygen and prevent lethal bleeding. These processes are studied in the contexts of physiology and the blood disease MDS. In MDS, the basic operating rules controlling the function of cells that produce blood cells, the stem and progenitor cells, become corrupted. Under the auspices of these corrupted rules, the cells malfunction, which causes deficiencies in the blood cells that are vital for life. To maximize the impact of our scientific and medical contributions and ensure that no barriers exist between our laboratory experimentation at the bench and the MDS patient in the clinic or the MDS-predisposed individual in the population, this proposal is a collaboration with physician-scientists that diagnose and treat MDS. Our outstanding physician-scientists reside at Dr. Bresnick’s institution (Dr. Jane Churpek, UW-Madison) and other superb institutions (e.g., Dr. Lucy Godley, U. Chicago). Combined with a data science expert and long-term collaborator, Dr. Sunduz Keles, in aggregate, this highly interactive, multidisciplinary team provides opportunities for synergism that would not likely arise from individual efforts.

This proposal relies on core expertise of Dr. Bresnick’s group to understand how the human genome functions and how aberrations in the governing processes cause MDS. The application of clinical genetics to diagnose patients with blood cell deficiencies termed cytopenias regularly reveals changes in our genome – in single components of DNA termed nucleotides, or in some cases, greater changes involving multiple nucleotides. These changes alter the chemical composition or levels of specific proteins in the cell and reconfigure principles dictating cellular behavior, e.g. whether cells divide, replicate, produce distinct progeny or die. By virtue of human genetic diversity, individuals harbor “genetic variants” or DNA differences within genes. On the surface, it might appear that a variant at a gene known to regulate blood stem or progenitor cells would influence blood cell development and function. However, a given variant may have little to no impact, which represents a vexing problem. A major challenge is to discriminate among the variants that cause MDS, increase the probability of developing MDS or have no impact. Establishing whether a variant predisposes an individual to “triggers”, originating from genetics or the environment that cause MDS, has high potential to advance early detection of defects that will cause MDS in the future and reveal prevention strategies. Early detection can justify moving forward with potentially curative bone marrow transplant before disease onset and progression. Strategies and systems for early detection will provide prevention opportunities to impede or reverse disease progression and develop therapeutic alternatives to bone marrow transplant.

Even those with the greatest human genetics expertise often cannot predict the functional consequences of many variants in our genome. New technologies to manipulate genomes have unveiled unexplored avenues for deciphering normal and disease-linked genome structure. By focusing on two critical genes known to create an MDS predisposition, GATA2 and DDX41, we have devised strategies to surmount this critical problem. I envision that our studies will establish rules that advance MDS diagnosis and prevention. Moreover, the mutant proteins generated by these genes in MDS may represent targets for therapeutic modulation, and therefore it is crucial to develop great expertise with the prospective targets. Specifically, we have transitioned from our first-generation assays to more facile, but powerful, assays to decipher the functional ramifications of disease variants in both GATA2 and DDX41. 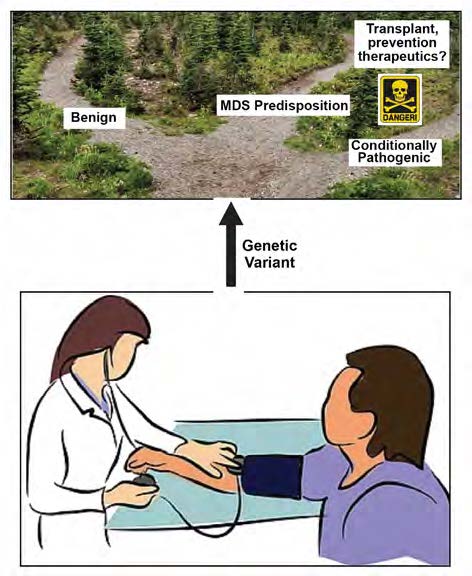 A goal of this project is to achieve the accurate curation of genetic variants in and near genes involved in the initiation and progression of MDS. Accurate curation will open up new  opportunities  for  clinical  surveillance  and/or preparation for transplant, which, in certain cases, can be life-saving. Inaccurate curation can miss “smoking-gun” variants, resulting in the emergence of life-threatening crises  that  might  have  been  avoidable.  Inaccurate curation can also unnecessarily raise red flags. We aim to distinguish  between  benign,  MDS-predisposing  and “conditionally pathogenic” (CP) variants, with CP meaning that the variant is disease-causing, but only in certain contexts,  which  an  individual  might  or  might  not encounter. The novel systems developed may have a broader  impact  to  unveil  fundamental  and clinical- tional insights into MDS etiology, therapy and prevention.