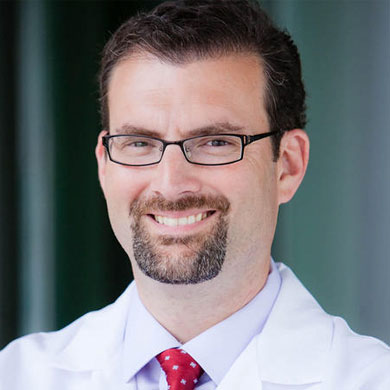 Myelodysplastic syndromes (MDS) are malignant disorders of the blood producing cells in the bone marrow. Patients will typically have low blood counts that can be severe enough to be life threatening and require regular transfusions. About a third of patients with MDS will see their disease transform into an acute leukemia. MDS are caused by the accumulation of genetic mutations in bone marrow stem cells that allow these abnormal cells to grow and expand at the expense of their normal counterparts. By studying the mutations that arise over and over again in patients with MDS, we have learned which cellular functions are frequently altered in these disorders.

Mutations in epigenetic regulators are among the most commonly identified and are present in nearly two-thirds of MDS patients. Epigenetic regulators are proteins that modify the structure of DNA without changing the sequence of its bases. These epigenetic marks participate in the activation or deactivation of genes and thus, help determine which parts of the genome a cell uses. Disruption of normal epigenetic networks can change how cells behave. For example, if a gene that encodes a regulator of cell growth is shut off, the cell may be able to grow in an uncontrolled manner. Drugs used to treat MDS, like azacitidine and decitabine, inhibit certain epigenetic regulators and alter epigenetic marks, offering further evidence of how this cellular pathway is important in MDS.

In order to better understand how genetic mutations affect epigenetic marks, we have created cells that can be grown in the lab as models of MDS associated mutations. We have used a novel DNA editing technique to create cell lines with mutations of TET2 and other epigenetic regulator genes identical to those seen in patients with MDS. By comparing 5mC marks in cell lines with different mutations, we hope to understand how mutations in these genes alter epigenetic profiles and change cell behavior. Finally, we will treat these cell lines with azacitidine to examine how this drug interacts with the mutations we engineered in to the model cells. These studies will give us better insight into how MDS-associated mutations lead to the development of disease and how we might be able to use epigenetic profiles to individualize the care of patients with MDS.

Myelodysplastic syndromes (MDS) are malignant disorders of the blood producing cells in the bone marrow than can transform in to an acute leukemia. MDS primarily affects older individuals and can be challenging to diagnose and treat effectively. Over the past 10 years we have made striking advances in our understanding of how MDS develops and this is leading to newer, better therapies. This work would not have been successful without the ability to study diseased cells collected directly from patients with MDS. Future studies will also rely on the availability of blood and bone marrow samples from MDS patients to make new discoveries. This goal of this proposal is to establish a large collection of MDS patient samples that can serve as a resource for researchers studying this disease.

To create this collection of MDS patient samples, we have partnered with Genoptix, a diagnostic company that reviews blood and bone marrow from patients suspected of having MDS and other blood disorders. When the pathologists as Genoptix complete their evaluation of a patient sample, a report of their findings is returned to the patient’s physician and the remaining patient sample is discarded. We proposed to collect these discarded samples from patients diagnosed with MDS, strip them of all potentially identifying information, and use them to create a large bank of samples for use in research. To this end, we have obtained approval from our ethics review board and negotiated an agreement with Genoptix detailing how samples will be acquired and the anonymity of patients protected. We have collected over 1100 samples from over 500 patients diagnosed as having MDS. Their associated diagnostic information has been entered into a secure, searchable database and combined with samples collected at our MDS Center of Excellence at the UC San Diego Moores Cancer Center. All samples and their associated data are now available for use in research. This will be an invaluable resource for researches studying how genetic changes and other DNA modifications are linked to clinical features of MDS. We hope that his will lead to improvements in how we diagnose these disorders, how we predict whether the disease will progress, and ultimately, how we treat patients more effectively.