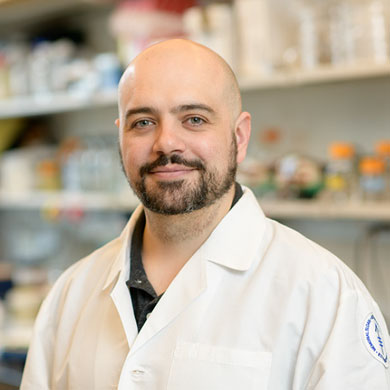 I propose to study the role of large genomic deletions and monosomies in the development of myelodysplastic syndrome (MDS), and to model the genetic evolution of complex karyotype MDS. This proposal takes advantage of genome editing technology I developed to engineer deletions in human models of hematopoietic stem/progenitor cells, and which enables iterative layering of deletions to study their potential interaction and evolution from normal cells to complex karyotype entities. Given that large genomic deletions are highly prevalent in MDS and their biology remains understudied, I believe this project will answer outstanding questions regarding the role of these lesions in MDS initiation, evolution of complex karyotype, and shed new insights in the underlying mechanisms of chemoresistance of this disease.

Myelodysplastic syndromes (MDS) comprise a heterogeneous group of clonal hematological malignancies that disrupt the ability of hematopoietic stem/progenitor cells (HSPCs) to properly maintain the homeostasis of the myeloid lineage, which ultimately lead to deficient hematopoiesis. The genetic characterization of MDS has shed light on the major mutations driving this disease affecting epigenetic regulators (e.g. TET2, ASXL1, DNMT3A), splicing factors (e.g. SF3B1, SRSF2, U2AF1), and many other relevant processes and pathways. Nonetheless, the role of CNVs in MDS remains much less explored, where genomic studies have identified the most recurrent alterations in MDS: loss of chromosomal regions 5q, 7q, 17p, as well as monosomy of chromosomes 7, 17, Y, and X, among others. Indeed, these events have strong prognostic correlation: complex karyotype MDS (ckMDS, bearing >3 cytogenetic abnormalities) is enriched in TP53 mutations and has dismal prognosis [3, 4]. Despite the clinical correlate with CNVs, the distinct mechanisms by which large genomic deletions (LGDs) and monosomies affect MDS initiation and progression remain largely unexplored. The main hypothesis behind this proposal is that LGDs and monosomies coordinate multiple genetic programs that evolve and converge to ckMDS.